List Of Jackie Collins's Books That Have Been Fan-favourite Bestsellers

List of Jackie Collins books: Here are some of the best-selling books authored by the late actor Jackie Collins. Read to know more details about the same. 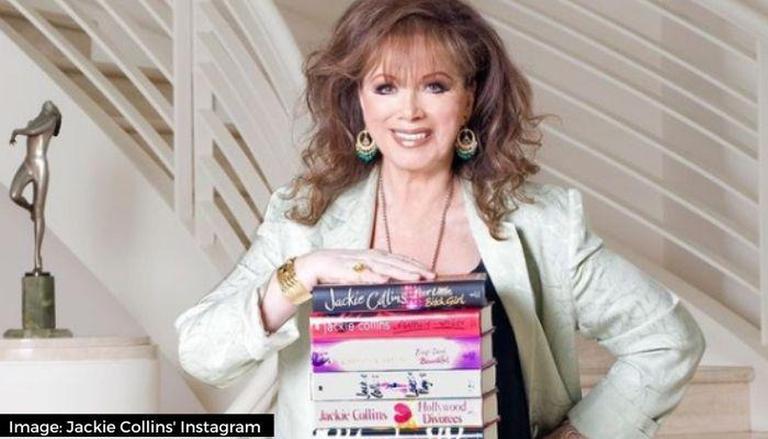 
English romance novelist Jackie Collins is one of the most renowned authors. The author has passed away at the age of 77 as she was diagnosed with breast cancer. The late author wrote 32 books in her literary career and was known for her abashed views on sex. A documentary on the author’s life titled Lady Boss: The Jackie Collins Story was released on June 27, 2021, that traced her life and chronicles her journey to becoming the best-selling author as well. In her memory, here is the list of Jackie Collins books that one should definitely read.

1. The World is Full of Married Men

This was Jackie Collin’s debut novel and was published in 1968. The plot of the book revolves around David Cooper, a middle-aged advertising executive who cheats on his wife Linda. He falls in love with Claudia Parker who aspires to become a model and an actor. When Linda learns of David’s affair, she files for divorce. Davis is unwilling to go ahead with the divorce but gives in after many protests. He and Claudia, too, get tired of each other, and David starts realising his mistake. But he cannot win Linda win and becomes an alcoholic.

This was the second novel by Jackie and came out in 1969. It chronicles the life of Fontaine Khaled, the wife of a wealthy Arab businessman, Benjamin Khaled. She lavishly spends his money on her nightclub, shopping, and her string of lovers. She hires Tony Blake to run her club but his main job is to sexually satisfy her when she demands. But Tony starts falling for her step-daughter. But when Fontaine learns of this betrayal, she sets out to seek revenge.

This was the ninth novel written by Jackie and one of the most successful ones. This novel focuses on the women who work in Hollywood and how they lead their lives. The novel was also adapted into a miniseries which was a huge hit as well.

READ | Neena Gupta talks about her book, her family and Masaba in interview with Sonali Bendre

This novel series authored by Jackie revolves around the Santangelo family. It mainly focuses on Gino Santangelo, an Italian-American gangster and his daughter Lucky. It comprises nine novels and takes the readers on a thrilling ride to the underworld.

This book came out in 2007 and revolves around the character Anthony Bonar who wants to seek revenge on the Santangelo family. Lucky is responsible for the deaths of his grandfather and her father. This was one of the widely loved Jackie Collins books.

READ | Couric book tour this fall will be in-person, in theaters