It seems like actor Luke Hemsworth is looking forward to following his brother, actor Chris Hemsworth’s footsteps into MCU, as he recently expressed his wish to reprise Wolverine’s role on screen. In an interview with Screen Rant, Luke Hemsworth confessed that he 'would love' to play a superhero character onscreen and expressed his desire to take on the role of Wolverine. Speaking about superheroes, Luke Hemsworth revealed that he has ‘grown-up’ with them and has ‘learned how to draw' through superhero comic books.

'I am ready': Luke Hemsworth

In his interview, Luke Hemsworth also spoke about Wolverine and remarked that the makers of the film should ‘give the role to another Aussie’. Adding to the same, Luke mentioned that he will have to ‘grow some chest hair’ for his role, however, the actor remarked that he ‘is ready’ for Wolverine. Hugh Jackman played the role of Wolverine in many Marvel movies, since the debut of X-Men in 2000. However, after the release of Logan in 2017, the actor mentioned that he will no longer take on the role. 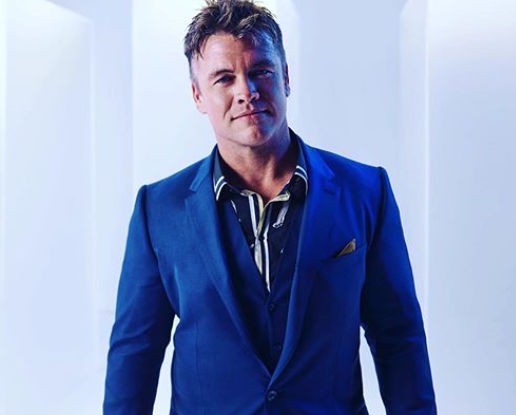 Speaking about the legacy of the Wolverine series in an interview with Good Morning America, Hugh Jackman confessed that Wolverine was his 'first-ever movie in America' and he didn't have high hopes when the film first came out. Adding to the same, Hugh confessed that he used to keep hustling around Los Angeles, doing auditions just to get something if Wolverine failed. Furthermore, the actor said that it still surprises and thrills him, as no one knew he would end up playing the role nine times after the first film’s release.

Luke on the professional front

Luke Hemsworth is an Australian actor, who is best known as Nathan Tyson in the TV series Neighbours. The much-acclaimed series focuses on realistic stories about adults and teenagers, who talk openly and solve their problems together. More so, the show is one of the longest-running drama series on Australian television.

Luke is also known for his work in the highly-acclaimed show, The Westworld. The show follows the story of a futuristic Western-themed amusement park, Westworld, where the visitors get to interact with automatons. However, all hell breaks loose when the robots begin malfunctioning.

WE RECOMMEND
1 week ago
Indian economy to dip 10.3% in 2020; rebound with 8.8% growth in 2021: IMF
8 months ago
Liam Hemsworth's deep bond with brothers Chris and Luke is evident in THESE pictures
7 months ago
Liam Hemsworth’s family tree that you would definitely want to know about
6 months ago
Chris 'Thor' Hemsworth's Net Worth is shockingly more than Chris 'Captain America' Evans
1 week ago
Nitesh Rane reminds CM Uddhav of Sena's 'Hindu rashtra' demand amid 'Turned Secular?' row