Priyanka Chopra took to her Instagram and shared the trailer of 'The Matrix Resurrections' and expressed her excitement about being in the movie. 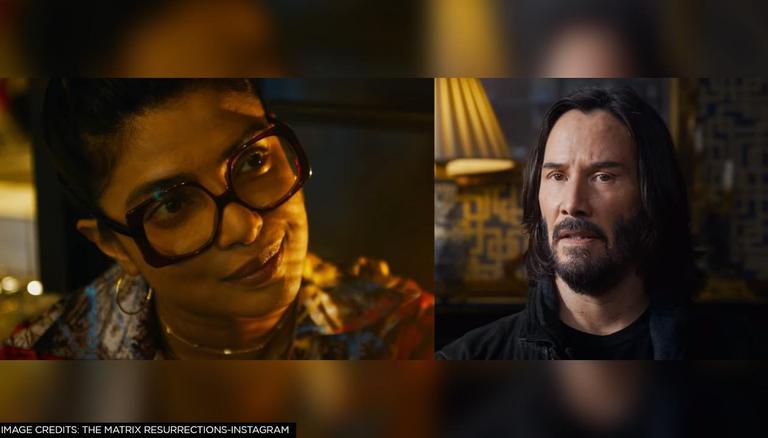 
The trailer of the highly anticipated Matrix 4 or The Matrix Resurrections was finally dropped by the makers. The movie features Keanu Reeves and Carrie-Anne Moss as Neo and Trinity. The movie has also added a number of new cast members in the movie including actor Priyanka Chopra. Chopra took to her Instagram and shared the trailer of the movie and penned down a lengthy note about how excited she was for the movie.

Priyanka Chopra took to her Instagram and shared the trailer of The Matrix Resurrections and expressed her excitement over the movie. She wrote, "They had me at ‘Neo and Trinity are back’! The Matrix trilogy defined my generation of cinema. It was the gold standard… something we all role played and referenced all our lives. So, here I am… a small, excited little fish in the huge cinematic pond that is THE Matrix!. Needless to say, I am honoured and thrilled to be a part of this legacy and to have had the experience of working under the tutelage of Lana Wachowski and alongside this incredible, iconic cast. "

READ | Priyanka Chopra shares an update on 'Matrix 4' in a unique and mind-bobbling way; Watch

She added, "If you’re a fan of the franchise, you’ll know that “Unfortunately, no one can be told what the Matrix is”... so just give in. The Matrix is different things to different people and having got a glimpse of what’s coming, I would love to hear your thoughts!." Priyanka Chopra appeared for split seconds in the trailer of Matrix 4, she was seen wearing huge black glasses and flaunting a mysterious smile as she crossed paths with Keane Reeves aka Neo.

READ | 'The Matrix Resurrections' to be out in India same day as US; trailer releases tomorrow

Other cast members like Jada Pinkett Smith, Lambert Wilson, and Daniel Bernhardt will also reprise their roles from previous films in the series. Laurence Fishburne, who played the role of Morpheus, will not be delivering his role. Additionally, Yahya Abdul-Mateen II, Neil Patrick Harris, Jessica Henwick, Jonathan Groff, Toby Onwumere, Max Riemelt, Eréndira Ibarra, Andrew Caldwell, Brian J Smith, Ellen Hollman, and Christina Ricci have been cast in undisclosed roles. As per IGN, the film will be releasing in India on the same day as the United States, which is on December 22, 2021.