Matrix 4 Trailer And Official Title Launched At CinemaCon; Here's Everything We Know

Warner Bros. recently unveiled the Matrix 4 trailer and also revealed the official title for the upcoming film. Here's what happened at 2021's CinemaCon - 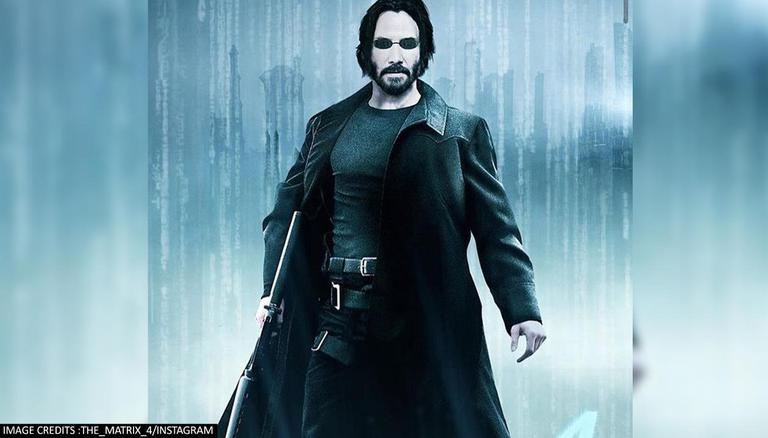 
Warner Bros. recently unveiled the trailer for Matrix 4 and we're so excited! On Tuesday, at WB's CinemaCon presentation, the trailer was released and an official title for the film was announced as well. Here's all we know about Keanu Reeves' return to Matrix -

Matrix 4 trailer released - What is it about?

The Matrix 4 trailer that was released a few hours ago, was only made available for the crowd at CinemaCon. The film has been directed by Lana Wachowski. The trailer is yet to release on social media, however, you can read about what the trailer was like below -

The Matrix 4's official title is The Matrix: Resurrections.

The Matrix 4 trailer begins with How I Met Your Mother alum, Neil Patrick Harris talking to Keanu Reeves' Neo in a slightly futuristic San Fracisco. Keanu a.k.a. Neo appears to be trapped in a fake world, much like he was before he entered the Matrix. However, he's unable to shake the feeling that something is off, and is not quite comfortable with where he is.

Reeves asks, "Am I crazy?", to which Harris responds, "We don’t use that word in here". We then cut to a scene where Neo comes in contact with Carrie Anne Moss' Trinity in a cafe and she asks, "Have we met?". There's also a shot of blue pills spilling in a sink as Jefferson Airplane’s White Rabbit song starts playing.

Then a shot of Neo distorting into an old man in a mirror comes up. A younger Morpheus, played by Yahya Abdul-Mateen II, tells Neo its "time to fly", handing him a red pill. Neo also meets a person with blue hair who has a tattoo of a rabbit and they end up walking through a mirror. He ends up in a dojo, which is on a lake, with young Morpheus saying, "The only thing that matters to you is still here. You’ll never give up.".

There are a lot of scenes showing some intriguing fight sequences. The final shot is of Neo in an office with a man in a business suit who is played by Jonathan Groff. He says, "You’re going back to where it all started. Back to the Matrix.". The film will release on December 22, 2021.

WE RECOMMEND
Priyanka Chopra remembers late father on his birth anniversary; cuts special cake
Yahya Abdul-Mateen II on 'Aquaman 2': 'The script is better than it was in the first one'
Priyanka Chopra Jonas says her 'The Matrix 4' role is something unexpected; Details
'The Matrix 4' star Yahya Abdul-Mateen II explains filming during COVID-19 pandemic
HBO Max plans India entry to make most of OTT demand; will bring originals & exclusives