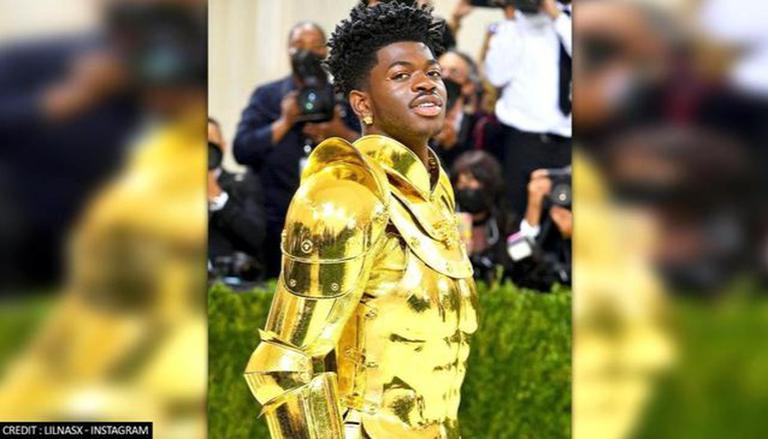 
After a year and a half of hiatus, the Met Gala 2021 rolled out on 13 September 2021, Monday, and was a night full of fashion. The event took place in the Metropolitan Museum of Art in New York and the theme of this year's exhibition was "In America: A Lexicon of Fashion." The theme was set to honour legendary American designers and their impact throughout fashion's history. Rapper/singer Lil Nas X made heads turn as he arrived at the event and pulled off three golden regal outfits. The rapper went all out with his royal galore as he made his Met Gala debut.

For his first outfit reveal, Lil Nas X wore an embellished cape that was covered in intricate gold beading. The design had a royal feel to it. The cape had a long, flowing train that made head turns and this came just a day after Lil Nas X made a fashion statement at MTV Video Music Awards. 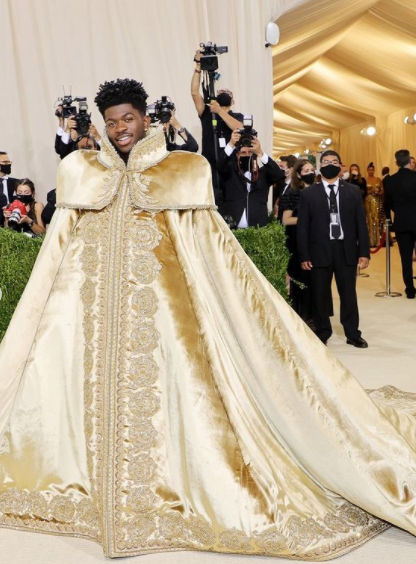 The singer then proceeded to take off the hefty cape and unveiled his second outfit of the evening. Lil Nas X wore a gold plated armoured suit under his heavy embellished cape. But that was not it, Lil Nas then proceeded to strip into his final outfit for the evening and shed off his gold armour. The star slithered out of the armour into a slinky bodysuit, the bodycon design covered in crystals and Versace’s signature house print. 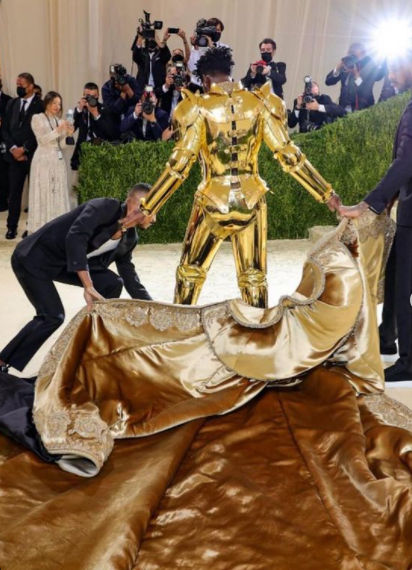 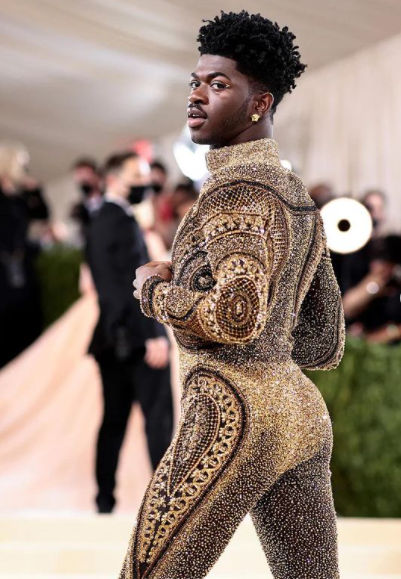 The MTV VMA's recently went underway over the weekend and saw Lil Nas X taking home one of the biggest awards of the night. The singer also made a fashion statement at the music award as he arrived wearing a custom lilac, gem-encrusted Atelier Versace suit with a sweeping train. Lil Nas X won the Video Of The Year Award for his song Montero (Call Me By Your Name). The music video was co-directed by the singer himself with Tanu Muino and is just the third video of the year winner to be directed or co-directed by the artist.