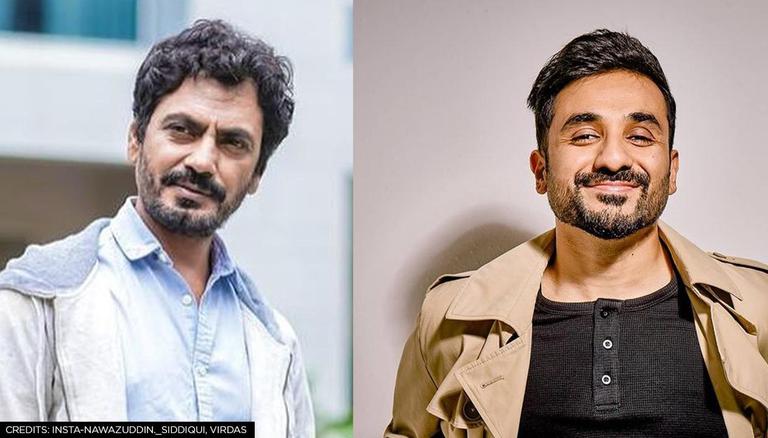 Nawazuddin Siddiqui, Vir Das, and others nominated for the International Emmys 2021

The Sacred Games star Nawazuddin Siddiqui has been nominated for the Best Performance by an Actor for his Netflix release Serious Men. British actor David Tennant (Des), Roy Nik of Israel (Normali), and Christian Tappan of Colombia (El Robo del Siglo or The Great Heist) are also competing for the prestigious award. Helmed by Sudhir Mishra, Serious Men is based on the 2010 novel with the same title by Manu Joseph.

The film depicts the journey of an ambitious underachiever who decides to capitalize on his son's fame as a boy-genius to improve his family's fortune. The film was widely appreciated for its sharp commentary on caste discrimination and class privilege through its lead character, Ayyan Mani (essayed by Nawaz).

Actor and comedian Vir Das has been nominated for his Netflix comedy show, Vir Das: For India in the comedy segment. Hit French show Call My Agent, Britain’s Motherland: Christmas Special, and Colombian series Promesas de Campana are also in the race with Das. Das took to his social media handles and celebrated the moment. He dropped a screengrab of the nominations and wrote, "Umm...I think I just got nominated for the #internationalemmyawards uh... . but I'm just so happy it's for a show about my culture, my people and how funny we are. The special was my love letter to India and this is just unbelievable[sic]."

Ram Madhavani's Aarya has been nominated for the Best Drama Series category. Chile's El Presidente, Israel's Tehran, and British show There She Goes are also nominated for the category. Aarya is an official Hindi adaptation of the hit Dutch crime drama Penoza. It stars Sushmita Sen in the lead role.

The Main Hoon Na star added, "Thank you wonderful people….your love & appreciation for #Aarya is the very soul of this celebration!!! This Team truly deserves it!! Congratulations to @nawazuddin._siddiqui and @virdas for their respective nominations & for adding to India’s pride!! I love you guys!!! #duggadugga[sic]."

WE RECOMMEND
Amrita Rao marks 13 years of 'Welcome to Sajjanpur', shares throwback pics
Nawazuddin Siddiqui asks fans if they were more creative as a child; Soha Ali Khan reacts
When Nawazuddin Siddiqui revealed why he decided to shift from theatre to Indian cinema
Nawazuddin reveals why 'achieving stardom or buying house' is not important to him
Manoj Bajpayee replies to a fan's poll of who's the best among him, Nawazuddin & Pankaj
Listen to the latest songs, only on JioSaavn.com