Fans might not be aware that several stars like Olivia Rodrigo, Chrissy Teigen, Chanel Iman, among many others, have Asian heritage. Read to know details. 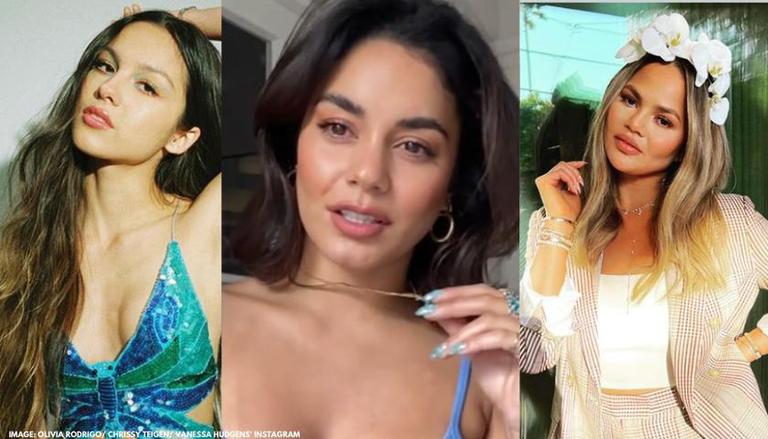 
While fans follow and love the work of several celebs across the globe, many are also curious about their families, complex ethnic backgrounds, and their early career days. Here's a quick peek into some celebs that fans might not know have Asian lineage. Scroll down to see the list.

In May 2017, Olivia Rodrigo had spilt the beans about her family’s heritage in a video on YouTube for Disney Channel’s honour of Asian Pacific American Heritage Month. She had mentioned that she’s part Filipina on her dad’s side of the family and that her Filipino heritage comes from her great-grandfather.

Chrissy Teigen is half Norwegian and half Thai. She has always been vocal about her Asian heritage. She also raised her voice last month about the rise in anti-Asian attacks during her appearance on The Kelly Clarkson Show. She had said that she thinks people just came out of a long line of politicians that put a target on Asian people's backs. On February 3, she penned her thoughts about the huge spike in hate crimes among Asian Americans.

Vanessa Hudgens' father was of Irish, French, and Native American descent, whereas her mother hails from Manila, Philippines. However, Hudgens was born in the US. But because of her mother being a Filipina, she is a Filipino American, according to CelebAnswers. In January 2019, she had shared a picture with a caption that read, "Feelin' like the Asian Kendall Jenner."

Olivia, an American of Chinese-Vietnamese descent, had opened up about her heritage and background to USC Price School of Policy and Asian Pacific Islander Caucus (APIC). She had remarked that it was really important to her to talk about Asian culture, her family. She had stated that she takes a lot of pride in being able to say that she’s Asian.

According to Fame Focus, the actor is one-quarter Japanese on his mother’s side and his maternal grandfather met and married a Japanese woman while he was stationed in the army in Japan. He is best known for playing Lucas Scott in the drama One Tree Hill.

READ | Pete Davidson takes a dig at Chrissy Teigen, 'relieved' to have her out of their lives