Ben Affleck and Matt Damon have reunited in the first trailer for Ridley Scott's upcoming historical drama, 'The Last Duel'. See the full article below - 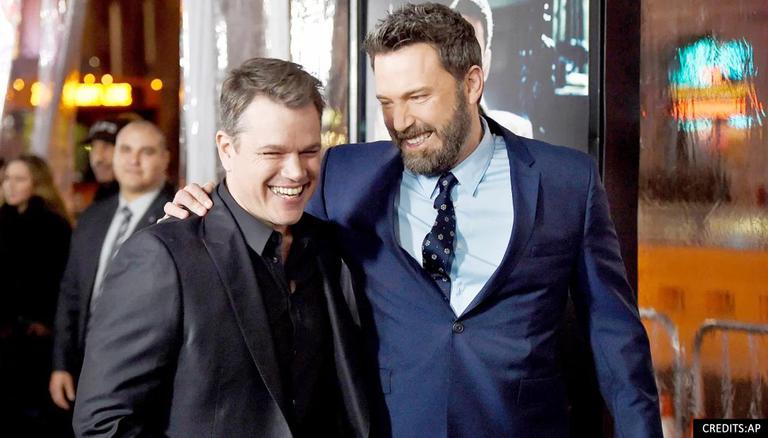 
Matt Damon and Ben Affleck are back together as screenwriting partners and we are absolutely loving it! 24 years after the duo co-wrote the sensational Good Will Hunting, and won an Academy Award for it, Ben and Matt are now joining forces for the upcoming film, The Last Duel. Academy Award-nominated screenwriter, Nicole Holofcener, will also join the long-time best friends for the much-anticipated film.

Matt Damon and Ben Affleck team up for the upcoming project

American-British historical drama, The Last Duel, will be based on the book The Last Duel: A True Story of Trial by Combat in Medieval France by Eric Jager. The film will see Matt Damon as Jean de Carrouges, a 14th-century knight who challenges his squire Jacques Le Gris, played by Adam Driver, to a duel after his wife Jodie Comer accuses the latter of raping her.

According to EW, Ben Affleck was originally set to play the knight opposite Damon. However, the actor then decided to take on a smaller role, paving the way for Driver to sign on. Apart from the three aforementioned actors, the film will also star Harriet Walter, Nathaniel Parker, Sam Hazeldine, Michael McElhatton, and Alex Lawther in significant roles.

About 'The Last Duel'

The upcoming film, which is based on a true story, will be set in medieval France. The official description for the film reads:

In 14th-century France, Marguerite de Thibouville claims she's been raped by her husband's best friend. Her husband, knight Jean de Carrouges challenges his friend and squire Jacques Le Gris, to trial by combat. It is the last legally sanctioned duel in France's history.

The upcoming film, the trailer of which was released on July 20, will be directed by Ridley Scott. The filming took place in France and Ireland from February to October 2020. However, the film also took a hiatus of several months due to the ongoing COVID-19 pandemic.

The film was originally slated to have a limited theatrical release in December 2020 before going big in January 2021. However, as a result of the COVID-19 pandemic, the release date was delayed to October 15, 2021. Check out the newly released trailer, which features both Damon and Affleck, below -

WE RECOMMEND
Jennifer Lopez, Ben Affleck cuddle up for a photo at Leah Remini's birthday bash; see pics
Why Matt Damon's daughter refuses to watch 'Good Will Hunting'? Actor reveals
Ben Affleck and Jennifer Lopez aren't rushing to get engaged for the second time: Reports
Matt Damon reveals he passed up on THIS biggest Hollywood movie for 'moral' reasons
Jennifer Lopez and Ben Affleck spotted having a fun day out with kids at Universal Studios