Scarlett Johansson, in a statement, said that she is open to working with Disney for future projects after settling the lawsuit regarding 'Black Widow' release. 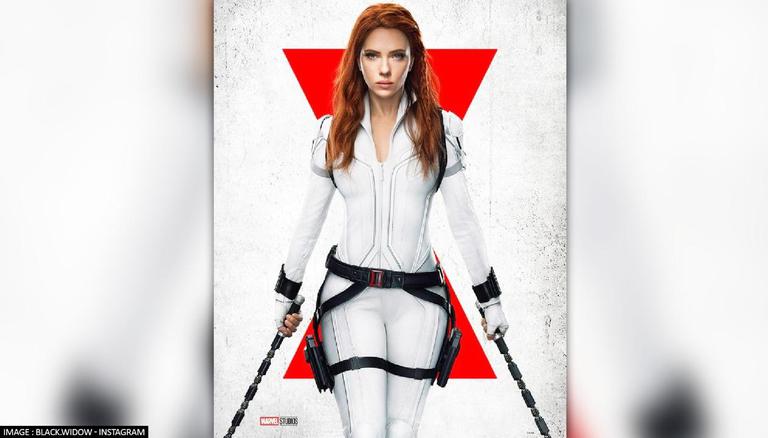 
Scarlett Johansson grabbed the spotlight earlier this year as she sued Walt Disney post the release of her movie Black Widow regarding its hybrid rollout, which resulted in her earnings loss. Johansson alleged that Disney's decision to release Black Widow simultaneously on Disney+ with Premier Access and in theatres incurred a loss and was a breach of contract. However, the lawsuit between the actor and the studio has now been settled, with specifics of the settlement not been made public.

After her brief fallout and legal drama with the studio, Scarlett, in a statement, said that she was open to working again with Disney. Alan Bergman, chairman of Disney Studios Content, also said they were looking forward to working with the actor again. Scarlett Johansson and Disney reached the middle grounds and settled their lawsuit regarding Black Widow's release. In a statement given to AP, the actor said that she was looking forward to working with the studio in the future. Johansson said,

"I am happy to have resolved our differences with Disney. I’m incredibly proud of the work we’ve done together over the years and have greatly enjoyed my creative relationship with the team. I look forward to continuing our collaboration."

Alan Bergman, chairman of Disney Studios Content, said, "I’m very pleased that we have been able to come to a mutual agreement with Scarlett Johansson regarding Black Widow. We appreciate her contributions to the Marvel Cinematic Universe and look forward to working together on a number of upcoming projects, including Disney’s Tower of Terror."

Johansson and Disney's public fallout was one of the first major legal disputes between an actor and the studio regarding the release strategy of the movie. Fellow actors voiced support for Johansson's stance, including fellow MCU cast member Elizabeth Olsen, and Jamie Lee Curtis, among others. Johansson's move had reportedly inspired others to oppose the controversial hybrid model, including Emma Stone in relation to the live-action movie Cruella. Also, several notable filmmakers have also expressed their disdain over the hybrid release pattern. Most recently, filmmaker Christopher Nolan also ended his partnership with Warner Bros. over the hybrid release strategy.

READ | 'It is bit of a mess': Benedict Cumberbatch reacts to Scarlett Johansson's Disney lawsuit