The 2010s brought with it some of the best sitcoms of all time. From 'Schitt's Creek' to 'Brooklyn Nine-Nine' here are the top 10 sitcoms according to IMDb. 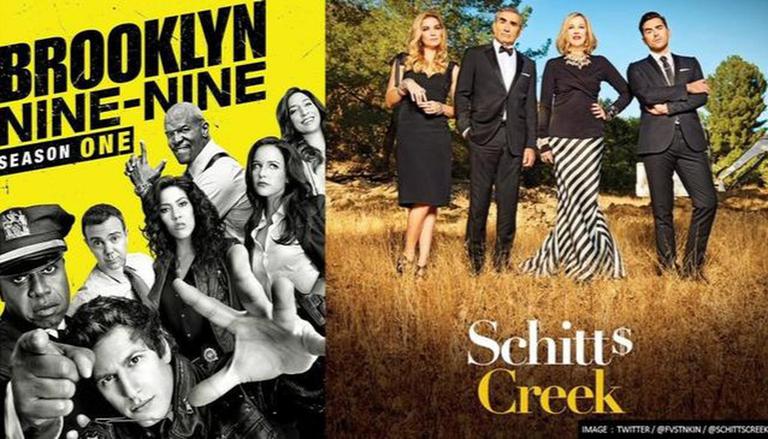 
The 2010s brought with it some of the best sitcoms of all time, that fans around the globe still enjoy. Right from Schitt's Creek and Brooklyn Nine-Nine to The Mindy Project and New Girl, there are several sitcoms that remained fan-favourites throughout this time. Here are the top 10 sitcoms released in the 2010s along with their IMDb ratings.

With a rating of 8.5 on IMDb, Schitt's Creek is all about the Rose family, who loses their wealth overnight. The show revolves around them having to come to terms with the fact, while they live in a motel in a town called Schitt's Creek. The show stars Dan Levy, Eugene Levy, Catherine O'Hara and Annie Murphy in lead roles.

The much-loved Brooklyn Nine-Nine has an 8.4 rating and revolves around detective Jake Peralta. He and his colleagues crack some of the most unimaginable cases at NYPD's 99th Precinct.

Starring Julia Louis-Dreyfus in the lead role, Veep revolves around her as she steps into the role of the Vice President of the United States. She aspires to be the President and the fictional political comedy is all about the behind the scenes shenanigans at the White House.

The Good Place is one of the much-loved sitcoms. Released in 2016, it is about four very different individuals in the afterlife, as they try and decode what it means to be good. The show stars Kristen Bell, Jameela Jamil, Ted Danson and others in lead roles.

Starring Shang-Chi's Simu Liu, the sitcom released on Netflix and revolves around a Korean Canadian family. They run a family-owned convenience store and the show is about the ups and downs they face in their personal and professional lives.

Released way back in 2010, Raising Hope has a rating of 8.0 on IMDb. The sitcom is all about Jimmy, a young dad who must parent his infant daughter on his own after the woman he had a one night stand with is put on death row.

With an all-new season out on Netflix, the show has a rating of 7.8 on IMDb. It revolves around a store called Cloud 9 and the lives of its employees. The show stars Ben Feldman and America Ferrera in lead roles.

The sitcom is all about Jessica Day and what happens when she moves into a loft with three unknown men after a bad breakup. The show revolves around the roommates and how they go through life together and soon become family.

The Mindy Kaling-starrer sees the actor step into the shoes of a doctor. The show is about how she manages to balance her personal and professional life amidst a busy schedule.

The show is all about Mel, a politician, who is suddenly given custody of her niece and nephew. To help her out around the house and look after the children, she hires a male nanny, Joe, who becomes an important part of the family's life.