Aaron Rodgers and Shailene Woodley were spotted at Honolulu airport heading for their Hawaiian vacation. The visit comes after Aaron's contract renewal rumours. 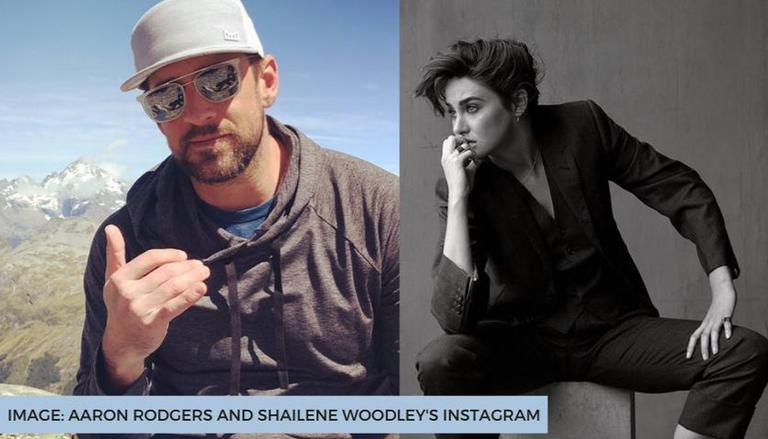 Photos of Aaron and Shailene heading to Hawaii surface online

Aaron and Shailene's photos from the Honolulu airport have been making rounds of the internet signalling the beginning of the couple's Hawaiian vacation. The news of their vacation comes shortly after it was reported that Aaron Rodgers won't be renewing his contract with the Green Bay Packers. The situation of Aaron's return to the team is still unclear, and now he is away on a vacation.

Both of them were decked out in leis as they emerged from the aircraft and made their way across the sunlit tarmac pic.twitter.com/LQhIIyUfqB

In the photos, Aaron Rodgers and Shailene Woodley are dressed casually as they exit from the tarmac of the Honolulu airport in Hawaii. The couple is sporting matching purple orchid garlands. Aaron is dressed in a black t-shirt and grey beanie, with a pair of dark sunglasses completing the look. He is also seen holding a bag in one of the pictures. On the other hand, Shailene is dressed in a dusty pink tank top and shorts and a grey jacket is tied at her waist. She is also seen holding a beige bag in one of the photos. The couple is surrounded by some staff as they depart from the tarmac and head towards their destination.

A little about Aaron and Shailene's relationship

Aaron and Shailene announced the news of their engagement in February this year. Aaron spoke about a certain "fiancee" during his acceptance speech at the NFL Honours ceremony, whereas Shailene addressed the same during one of her interviews with Jimmy Fallon on The Tonight Show Starring Jimmy Fallon.

Shailene was last seen in the critically acclaimed movies like The Mauritanian and The Fallout. She is slated to appear in films like After Exile, No Baggage, Girl Named Sue, The Fence, etc. Aaron Rodgers is an NFL quarterback who plays for Green Bay Packers. He had also made an appearance in the ninth season of The Office. He has also participated as a contestant in Celebrity Jeopardy! and he returned as a guest host on Jeopardy in April 2021.