'Shang-Chi and The Legend of The Ten Rings' star Simu Liu is shooting for his next film 'Barbie', in which he will take on a role alongside Margot Robbie. 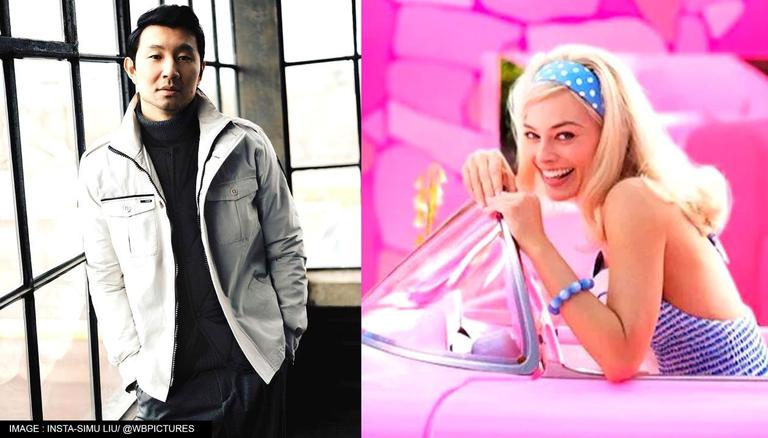 
Shang-Chi and The Legend of The Ten Rings star Simu Liu is currently shooting for his next film Barbie, in which he will take on a role alongside Margot Robbie. The film will be helmed by Greta Gerwig and will be the live-action adaptation of the popular Barbie franchise. Ryan Gosling will also star in the film as the leading male as he steps into the shoes of Ken.

In a recent conversation with Entertainment Weekly, Simu Liu opened up about what it was like to work on the sets of the Margot Robbie-starrer. He mentioned it was like spending the day with a 'bunch of friends' and also shared that the sets had loads of singing and dancing. He mentioned that even after being on set for about 12 hours, being on the Barbie sets did not feel like work. He told Entertainment Weekly, via Screen Rant-

"The aesthetic of the movie is just so vibrant and full of life. Imagine showing up to that set every day with a bunch of friends, like, 'Great, cue the music!' We're dancing, and then you come out of a 12-hour day, and you're like, 'Did I really go to work today? Or did I just hang out with my friends?'"

Simu Liu had also earlier teased dance sequences in the upcoming film, and fans can't wait to see him in this all-new avatar. Speaking to GQ, he hinted at an 'incredibly unique' dance sequence, which required rehearsal and several practice sessions. He also revealed that it was his dancing skills and background in the field that got him the role in the film. He told the director about his background as being part of a competitive hip-hop dance team while in college and she 'audibly guffawed and giggle-screamed' before the actor was cast in the film.

WB Pictures had earlier announced the Barbie release date as they shared an intriguing poster of the upcoming film. The Barbie poster featured Margot Robbie seated in a pink car as she donned a blue halter top and a matching hairband and bracelet. The makers announced that the film would hit the big screens on July 21, 2023, and fans took to the comments section to express their excitement about the same.