Simu Liu threw shade at iStock after they commented on the tweet saying they ‘always believed' in him. He hinted at the low prices the company pays its models. 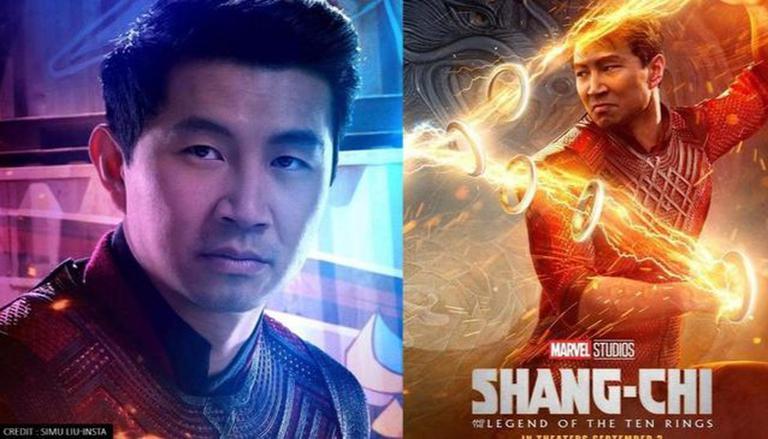 
Shang-Chi and the Legend of the Ten Rings star Simu Liu took to his Twitter account to share a stock image from the initial days of his career. The actor however threw shade at iStock after they commented on the tweet saying they ‘always believed' in him. He snapped back at them by hinting at the low prices the company pays its models.

Simu Liu took to Twitter to post a stock image of himself. He captioned the image, “Me laughing at the people who thought we’d flop”. The actor referred to his latest superhero film in his tweet. See Simu Liu's post here.

Me laughing at the people who thought we’d flop pic.twitter.com/7UoLqRXlCJ

Simu Liu however snapped back at iStock after they commented on his tweet. Replying to the actor’s tweet they wrote, “We always believed in you, @simuliu. And if being a superhero doesn’t work out, our door is always open.” This is when the Kim’s Convenience actor hit back with a comment referring to the low prices the company pays its models. The actor wrote, “Is the door open to share in the hundreds of thousands of $$ you made off those photos cause I was paid a hundred bucks.”

We always believed in you, @simuliu. And if being a super hero doesn’t work out, our door is always open: https://t.co/GhGMYwOdom

Shang-Chi and the Legend of the Ten Rings hit the big screens on 3 September 2021, after much anticipation around its release. The Marvel Cinematic Universe film became the first one to star an Asian superhero. The film also saw Awkwafina, Meng'er Zhang, Fala Chen, Florian Munteanu and many others on screen alongside Simu Liu. The actor took to Instagram after the film’s release and mentioned that history was made. He wrote, “The sun rose today to a world where Asian superheroes exist as the leads of their story; that is the gift that @destindaniel and @marvelstudios have bestowed upon all of us, across all communities, everywhere. A celebration and a sharing of culture, of language, of laughter, of excitement, of sorrow and of heartbreak.”

The film was helmed by Destin Daniel, and Simu Liu had some wonderful words to say about him. He wrote, “Thank you for making this all happen, Destin. For your thoughtfulness, for the dedication and commitment, you showed each and every day, for the personal sacrifices you made, and for giving me the opportunity to be a vessel for your story. I will never be able to repay what I have learned from my time with you."