'Slasher Party' Cast: Know All About The Cast Members Of The Horror Movie

Slasher Party cast members include renowned celebs like Danny Trejo, Aaron Schwartz, Vitaly Zdorovetskiy, and many others. Know all about the characters here. 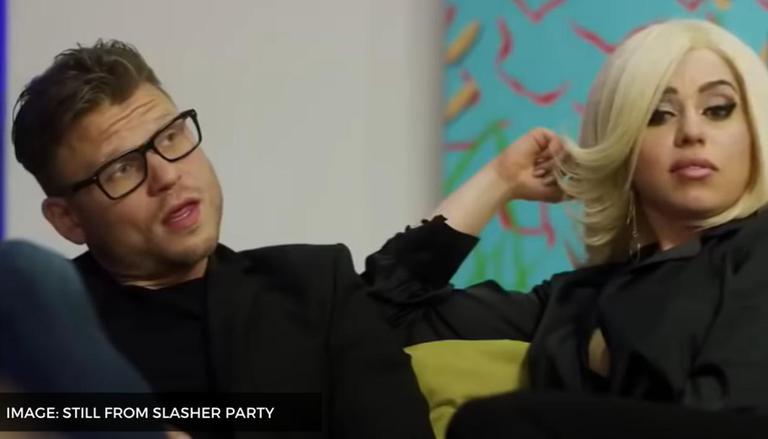 
The slasher genre has been of the most successful horror and thriller genres with hit movies like Friday the 13th, Texas Chainsaw Massacre, Nightmare on Elm Street, I Know What You Did Last Summer and more. A movie of the same genre was released on January 27, 2019, titled Slasher Party, helmed by Tony Villalobos. The movie focused on a group of social media influencers and content creators who are invited to a party in Hollywood Hills, packed with alcohol and drugs but do not suspect being the target of a masked murderer. The movie failed to impress the audience who gave it a rating of 4.9 out of 10 stars on IMDb. Here is a list of the cast of Slasher Party.

Danny Trejo is the Smiley face masked killer in the cast of Slasher Party. The actor has been well-known for his roles in many movies including the Machete series, Spy Kids, Daddy Day Care, Dead in Tombstone, and many others. In the movie, he is the unknown killer who claims the lives of the influencers present at the party with a motive full of vengeance.

READ | 'An American In Paris' cast: Know the actors who starred in this classic romantic film

Vitaly Zdorovetskiy is a YouTuber in real life and portrays the role of Shark in the Slasher Party cast. His character is confident and witty and does not fear the masked murderer even after witnessing many deaths at the Hollywood Hills party. Zdorovetskiy has over a million subscribers on his YouTube channel and gained success when his video Miami Zombie Attack Prank! gained viewers' attention in 2012.

Simona Dimov is one of the Slasher Party characters who are full of confidence. She too is an influencer and is one of the first ones to get killed by the Smiley Face murderer. Slasher Party was Dimov's second movie after 2017's Don't Trust Strangers.

READ | Remember when Courteney Cox shared pic of FRIENDS cast on their way to Vegas?

Actor Aaron Schwartz, who has been seen in many movies and television series including The Adventures of Pete & Pete, Gossip Girl, Guardians Of The Galaxy Vol. 2, is also a part of the Slasher Party star cast. The actor plays the role of Angelo, one of the influencers invited to the party. Schwartz turned into an executive producer in 2019 when he joined director Chris Canote in project Stigma: Raised In Hollywood, a documentary for his production company BranNew Pictures. Other characters in Slash Party include Antonio Ramos as Ryder, Timothy DeLaGhetto as Ted, Aryia and Young C, Sole Bovelli as Nina, Kelsey Laverack as Bambi and many others.

READ | 'Princess Diaries' cast: Know all about the actors and their characters in 2001 film