'Spider-Man: No Way Home': Will Tom Hardy's Venom Be Introduced In MCU?

Fans have been waiting to see Venom vs Spider-Man on the big screen. The post-credit scene of 'No Way Home' leaves a hint about Venom's entry in MCU. 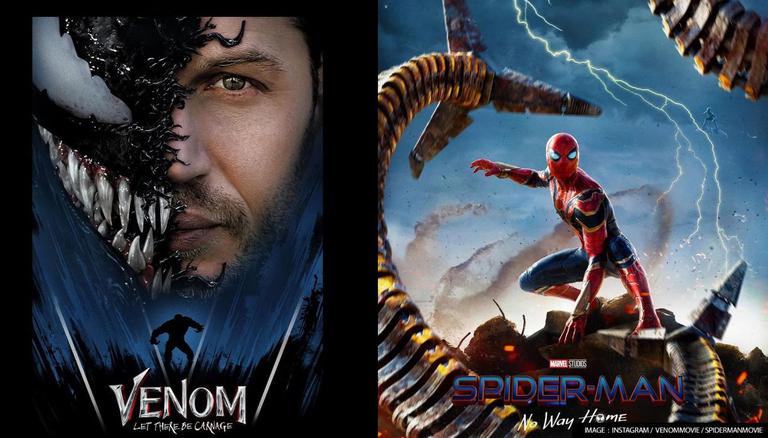 Eddie Brock/Venom's entry in the MCU

In a recent interview with Collider, Kevin Fiege spoke about Venom's entry in MCU and said, "You look at the obvious comic connotations between Venom and Spider-Man and it is inherent. So the minute Sony made their Venom movie and it worked as well as it did, and Tom Hardy became as iconic as he has become as Venom, then the obvious question is then, 'How do we start to merge them?'"

READ | 'Doctor Strange 2' Trailer at end of 'Spider-Man No Way Home'? All you need to know

No Way Home's post-credit scene picks up from the ending scene of Venom 2 indicating the fans might get to see the highly anticipated clash between Venom and Spider-Man soon. Amy Pascal the producer of Spider-Man confirmed the development of a sequel to Spider-Man: No Way Home in addition to plans for the second trilogy of films set in the MCU in November 2021 ahead of No Way Home's release. The announcements of the upcoming Spider-Man movies pave way for the highly anticipated collaboration of Tom Hardy and Tom Holland.

READ | Zendaya 'proud' of Tom Holland for 'Spider-Man: No Way Home', calls him 'My Spiderman'

No Way Home's post-credit scene picks up from the ending scene of Venom 2, where Tom Hardy's Eddie Brock is suddenly transported to a new Universe. While Doctor Strange was casting a spell to make the world forget about Spider-Man's true idenity, there was an error, the spell was reversed and people from every universe who knew Peter Parker in any form start showing up in their universe. That's when Eddie Brock along with his alien symbiote Venom also gets transported to this universe.

READ | Benedict Cumberbatch runs away from his security at 'Spider-Man: No Way Home' premiere

In the post-credit scene, Eddie can be seen sitting in a bar and chatting with the bartender as he collected information from this universe. Eddie can be seen engaging in a playful banter with Venom as they learn about the Avengers and Thanos' snap also known as the Blip. Eddie asks the bartender, "So you're telling me there was a man with a tin suit? Also a green angry man, Hulk?" Brock then goes on to say, "Maybe I'll go to New York and pay a visit to this Spider-Man." That's when Eddie starts to disappear and returns to his Universe as Doctor Strange casts the spell. Just before the scene blacks out, it is seen that Venom leaves behind a small amount of alien symbiote in this universe.