2021 BET Awards' host Taraji P. Henson opened about this year's theme 'Year of the Black Woman' and called herself a girls' girl who loved uplifting women. 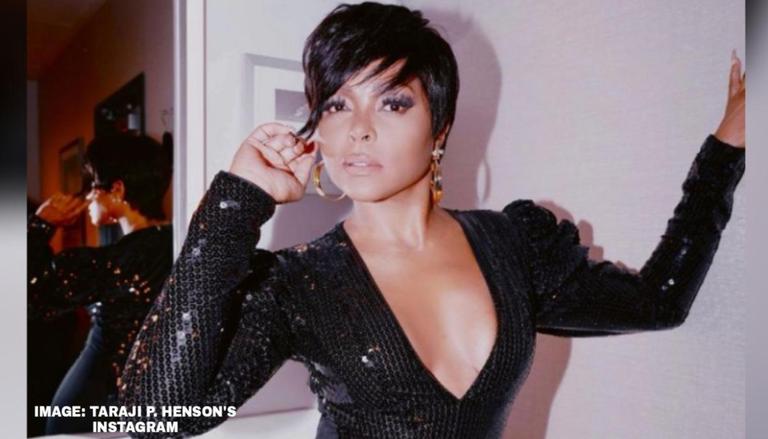 In an interview with People, Taraji P. Henson said this year in particular they were honouring Black Women. The 50-year-old actor said young black and brown girls have several successful women to look up to, let it be a politician and activist Stacey Abrams or historic Vice President Kamala Harris. Henson called herself a girls' girl who loved to uplift women. Henson gushed about Latifah and her accomplishments in her career from her talk show to acting as well as working with the wide range of genres in music.

Latifa's work in the music, film and television industry earned her various prestigious accolades including a Grammy Award, an Emmy, a Golden Globe, three Screen Actors Guild Awards, and also an Academy Award nomination. Henson said she was grateful that they were giving Queen Latifah her flowers while she was still alive. The Baby Boy actor added the lifetime achievement award was long overdue for her. She expressed Latifah taught her that it was more to acting than just being in front of the camera.

Talking about Henson's grand entrance and multiple outfit changes on Awards before the show to People, Henson said she was looking forward to her entrance. The Date Night actor said it was a check-off from her life's bucket list and that was all she was going to say. She said she will get her Beyonce on and she was getting ready to perform Live on National TV. She joked she needed to calm herself down.

BET Awards had a star-studded list of performers including DJ Khaled, City Girls, H.E.R., Jazmine Sullivan, Kirk Franklin, Lil Baby, Moneybagg Yo!, and many more. Sullivan emerged as the winner of Album of the Year for Heaux Tales. H.E.R. won Best female R&B / pop artist whereas Megan Thee Stallion, who was nominated for seven awards, won Best Female Hip Hop Artist. Viewers choice award was won by Megan Thee Stallion for her "Savage (Remix)" featuring Beyonce and the Video of the Year Award went to WAP by Cardi B featuring Megan Stallion.

WE RECOMMEND
Taraji P Henson puts wedding on hold after uncle's death probably due to Coronavirus
'Acrimony' ending explained: Find out what exactly happens at the end of this thriller
Golden Globes 2021: Here's a list of the first-time nominees at the prestigious awards
Megan Thee Stallion, DaBaby, Lil Nas X set for BET Awards
From DJ Khaled, DaBaby to H.E.R, check out the performance line-up at BET Awards 2021