Apple TV plus' comedy series titled Ted Lasso has scored its first pair of Emmy Awards during the commencement night of the Creative Arts ceremony. 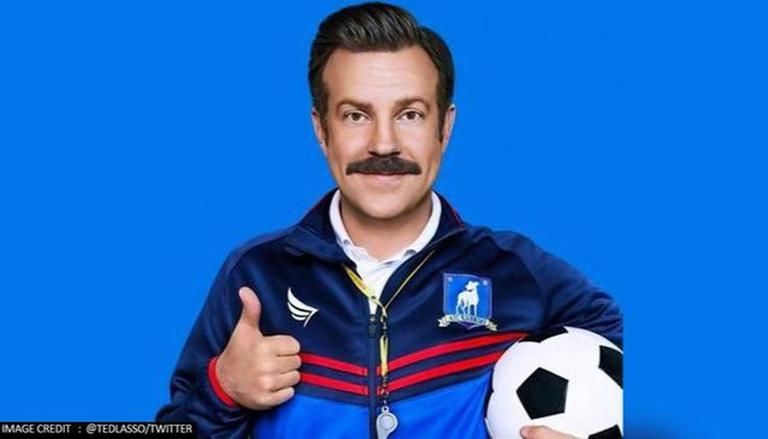 
Apple TV plus' comedy series titled Ted Lasso has scored its first pair of Emmy Awards during the commencement night of the Creative Arts ceremony that was held on Saturday, reported news agency, ANI. The Jason Sudeikis series kicked off its first Emmys season with a strong showing.

According to the report, Ted Lasso has bagged the awards for Sound Mixing for a Comedy or Drama Series (Half-Hour) and Animation and Single-Camera Picture Editing for a Comedy Series, both for its debut season conclusion episode titled The Hope That Kills You. The show stars Jason Sudeikis, who has developed the series with Bill Lawrence and Brendan Hunt.

It is based on the popular character, Jason Sudeikis, who played in NBC Sports videos a few years ago. The Apple TV plus series was the comedy front runner with over 20 nominations in total. It broke the record for most Emmy nominations that is scored by a freshman comedy-drama.

The report suggests the series will also be competing during the main Primetime Emmy ceremony. A major part of cast members will be up for acting Emmys including its lead Sudeikis (as a lead in the comedy series) and supporting sextet Hannah Waddingham, Juno Temple, Brett Goldstein, Hunt, Jeremy Swift and Nick Mohammed.

Furthermore, in the award-winning sports web series, Jason Sudeikis is seen playing an American football coach, who tries to replicate his success in the UK with a rounder ball. His character then goes on to join the AFC Richmond team that echoes of its neighbour AFC Wimbledon and meets Chester City FC, which is a struggling Premier League team recently taken over by Rebecca Welton (Waddingham).

The series returned for its new season on July 23, 2021. It has also been renewed for season 3. The show is executively produced by Sudeikis alongside Bill Lawrence under his banner of Doozer Productions, in association with Warner Bros and Universal Television, a division of Universal Studio Group. Doozer Productions' Jeff Ingold also served as an executive producer along with Liza Katzer as co-executive producer.

READ | 'Ted Lasso season 2' episode 1 out; here's how you can watch Jason Sudeikis-starrer

READ | When is 'Ted Lasso' season 2 episode 6 coming out? Here is short recap of episode 5

WE RECOMMEND
'Ted Lasso season 2' episode 1 out; here's how you can watch Jason Sudeikis-starrer
Sarah Niles to join 'Ted Lasso' humour fest in its second season alongside Sudeikis
Marvel Studios earns first Emmy award with 'WandaVision' at Creative Arts Emmys 2021
When is 'Ted Lasso' season 2 episode 6 coming out? Here is short recap of episode 5
Where was 'Ted Lasso' filmed? Here are more details about the comedy series