The New 'Pirates Of The Caribbean' May See Jack Sparrow Making An Appearance; Here's How

Pirates of the Caribbean might not see Johnny Depp in upcoming movies but his character Captain Jack Sparrow may make an appearance, here's how. 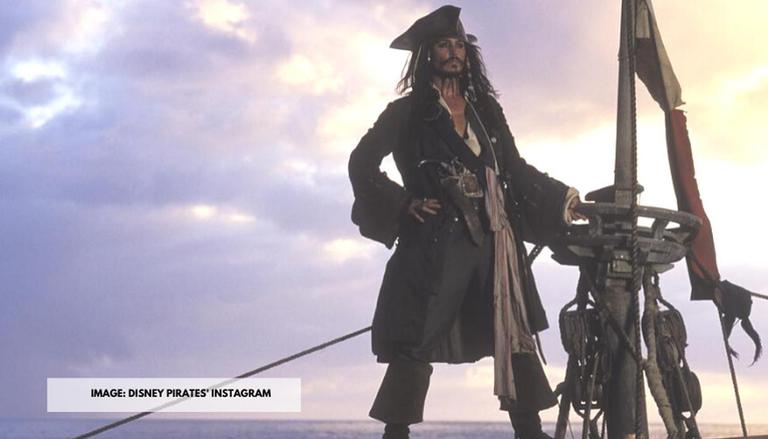 
Pirates of the Caribbean has been one of the most successful film series since the release of its first movie in 2003. To date, there have been 5 movies in the series with Johnny Depp in the lead role of Captain Jack Sparrow. However, the sixth instalment of the movie will be female-centric and will feature Margot Robbie in the lead. This only means that fans won't see Johnny Depp play the iconic role of Jack Sparrow.

For the universe, the previous movie did not receive a positive response from the critics and audience. Dead Men Tells No Tales which released in 2017 revolved around a group of ghostly Spanish Royal Navy soldiers led by Jack Sparrow's old nemesis, Captain Armando Salazar, who escape from the Devil's Triangle, with the goal of killing every pirate at sea, including Sparrow. Now, that the new movie won't see Johnny Depp doesn't mean he has been forgotten about.

Jack Sparrow to make an appearance?

As per wegotthiscovered.com, Disney wants the new Pirates movie to make fun of Jack Sparrow. This opens the door to different questions like will the studio bring the actor in Margot starrer movie or in the sixth mainline instalment. It hasn't been cleared out if the studio is planning to mention the name of the Captain in the movie or is there something else planned. Although, it looks like Disney is planning to create a legacy of Jack Sparrow in the upcoming films.

Johnny Depp first portrayed Captain Jack Sparrow in Pirates of the Caribbean: The Curse of the Black Pearl (2003). The actor was acclaimed for his performance and went on to appear in four more films ahead in the franchise, releasing between 2006 and 2017. Earlier this year, it was revealed that Depp will not feature any more in the franchise. As per Guardian, Disney fired the actor due to the accusation made by his former partner Amber Heard.

About Margot Robbie in Pirates reboot

Margot Robbie will reunite with her Birds of Prey writer Christina Hodson, who will pen down the upcoming Pirates of the Caribbean movie. The makers are not planning to develop it as a spin-off of the franchise but set it as a wholly original story with fresh characters. The new project is said to be different from the already announced reboot of the franchise and is speculated to feature Karen Gillan.