Travis Barker flew on a plane for the first time since surviving a deadly plane crash in 2008. Barker was accompanied by his girlfriend Kourtney Kardashian. 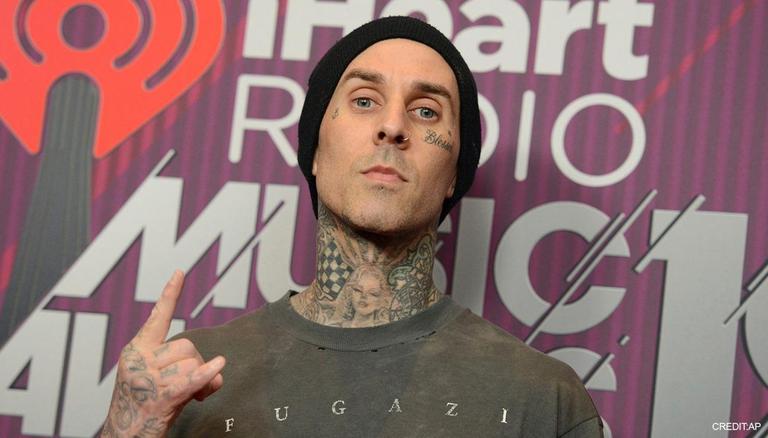 
Former Blink-182 band drummer Travis Barker was spotted taking a private jet with his girlfriend Kourtney Kardashian. This would be the first time after 13 years that the musician had boarded a flight since surviving a plane crash in 2008. Travis has often in several interviews mentioned that he had post-traumatic stress disorder and was scared of flying after the incident.

Travis Barker flies for the first time after 13 years

As per TMZ, Travis and Kourtney Kardashian travelled with Kourtney's mother Kris Jenner and her boyfriend Corey Gamble for a vacation in Mexico's Cabo San Lucas. Prior to boarding the plane Travis and Kourtney were seen embracing, and then she held his hands as they walked up the stairs to the jet.

Travis Barker was one of the two survivors who survived the deadly plane crash in 2008. Both pilots were killed, as well as passengers Charles Monroe Still, Jr. and Chris Baker. Disc jockey Adam "DJ AM" Goldstein was the other survivor. Barker spent more than 11 weeks in hospitals and burns centres and underwent 27 surgeries and skin grafts. In an interview with podcast host Joe Rogan for The Joe Rogan Experience, Barker opened up about the horrific incident and said "When I jumped through the emergency exit when the plane blew up, I was in such a hurry to exit the plane I jumped right into the jet, which is full of fuel." He added "My whole body lit up. I had jet fuel in my whole body. I burped jet fuel for almost three months. When I jumped into the jets, I started running and I was ripping off my clothes because that's what my instinct told me to do, but little did I know I was still on fire because I was soaked in jet fuel."

He further explained " I was running towards a highway and I hear some guy yelling, 'Stop, drop and roll', and I heard it through all the chaos of sirens and everything. I stopped, dropped and rolled, and the only thing still on fire was my feet. So they were on fire the longest." The musician also added that he was suicidal after the incident and wasn't aware that the others were killed for a very long time. He said "When I was in the hospital, I was on so many drugs I didn't even know my two friends had passed away. I didn't know the pilots had passed away. I didn't remember anything. I kept thinking everyone was in the hospital, including the two pilots and including my best friends. I thought everyone was in different rooms until two weeks before I left. Then I went crazy … I wasn't in a good place." Barker revealed in his memoir that he offered friends $US1 million to help him commit suicide following his recovery.