Wanted To Make A Film For Superhero Fans Across The World: 'Minnal Murali' Star Tovino Thomas

Tovino Thomas says his upcoming film "Minnal Murali" is the story of an ordinary man from Kerala's Karakulam, who one day gets special powers. Read on. 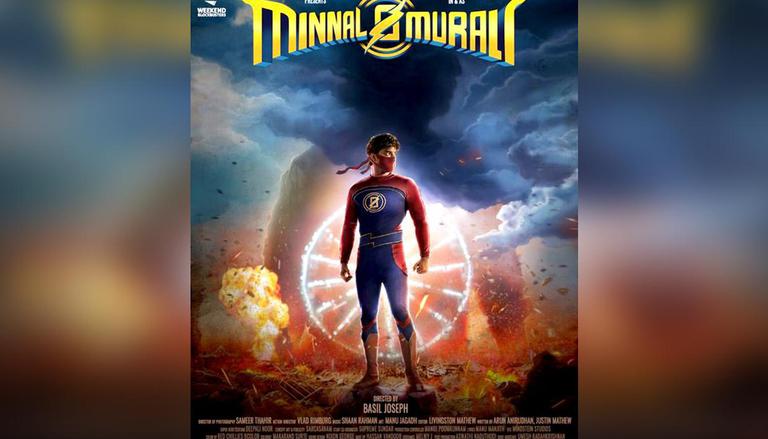 
Malayalam star Tovino Thomas says his upcoming film "Minnal Murali" is the story of an ordinary man from Kerala's Karakulam, who one day gets special powers but does not fly off from the skyscrapers like some of his Hollywood counterparts.

Thomas, best known for "7th Day", "Ennu Ninte Moideen", "Uyare" and "Mayanadhi", said the Basil Joseph directorial is an origin story of a local superhero who doesn't start fighting the bad guy from the very next day.

"We wanted to make a film that works with superhero fans across the world as well as for common audiences who are not used to this genre of movies. I imagined my parents, who are not used to 'Spider-Man', watching and liking the film," Thomas told PTI in an interview.

"We conceived it as an ordinary man getting superpowers and how he would not save the world from the next day, he would experiment with his powers. Like how we have shown him smashing the wall, catching the fan, etc. The superhero part is the X-factor in the film," he added.

"Minnal Murali" features Thomas as Jaison, a tailor who gains special powers after being struck by lightning.

The 32-year-old actor hopes the film is a worthy addition to the ever-growing list of well-made Malayalam movies that have universal appeal.

"We have not copied the Hollywood superheroes films as the film is happening in Karakulam (a locality in Thiruvananthapuram, Kerala) and we don't have skyscrapers. He wears dhoti, chappals, etc. that's why we have kept it grounded," he added.

Director Joseph said it was writer Arun Anirudhan who first came up with the idea of making a film about an ordinary man who gets struck by lightning.

The team then came together to weave a story around the premise and the end result was "Minnal Murali". The final script was penned by Anirudhan and Justin Mathew.

"Lightning is the most relatable source of energy found anywhere in the world and anyone can get struck by lightning. We too have shown an ordinary man in this situation and what happens after that is the story," the filmmaker, who made his debut in 2015 with "Kunjiramayanam", said.

Joseph said the objective was to make "Minnal Murali" authentic and relatable to reach out to a wider audience.

The director, who earlier collaborated with the actor for the 2017 hit sports comedy "Godha", revealed Thomas was his first and only choice to play Jaison aka Minnal (means 'lightning' in Malayalam) Murali.

"Tovino has a superhero stature and as an actor, he is versatile. My comedies are a little loud, so I need actors who can play it a little loud but are still in control. He can play the part without going too loud,” he added.

For the action sequences, Thomas learnt martial arts and underwent a physical transformation from being a chubby Jaison to a leaner superhero in a red-and-blue costume and a red facemask.

The director said the superhero genre principally hails from Hollywood and the team has made an attempt to pay "tributes" to it through their film. This is only Joseph's third feature film.

"People over there have grown up reading comics. When 'Spider-Man' comes, everyone is excited as they have been reading about it since childhood.

"This genre came from America and we have intentionally mentioned American superheroes. In our film, it is happening in a way that the lead character is getting educated on superheroes culture," he added.

Working on this film was an opportunity that came with both pressure and responsibility, said Joseph.

"The idea was not to just make Thomas do superheroic things on screen and spend the entire budget on VFX (visual effects). We had to make sure it is a commercial film pleasing every age group. We had to see the business aspect too.

"We have made a universal film. We didn't want to make a masala movie with all the action gimmicks or item dance. We wanted to have emotions, drama, humour, action, and that the characters should be empathetic," the director said.

The film will be released on Netflix in Malayalam as well as dubbed versions in Tamil, Telugu, Kannada, Hindi, and English on Friday.