Warner Bros. Pictures is all set to release three of its films, including The Suicide Squad, in some selected Indian theatres. Read ahead for the release dates. 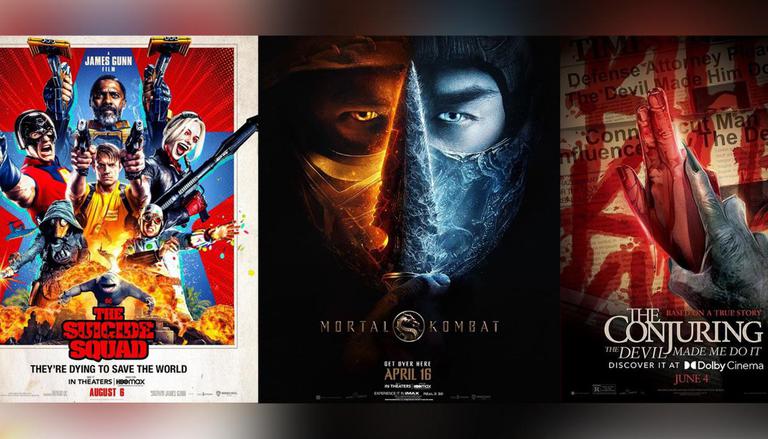 
July end and early August seems to be a treat for Warner Bros. Pictures' fans as the production company is bringing three of its films to the Indian theatres. The company is all set to release its upcoming DC film Suicide Squad. The company is also releasing the films Mortal Kombat and the third installment in the Conjuring franchise, Conjuring: The Devil Made Me Do It. However, the movies will be released only in selected cities as per the COVID safety norms. Read ahead for all the details.

Details about the films and their release date

The Suicide Quad is all set to release in the theatres of selected cities of India. The film stars Margot Robbie, John Cena, Idris Alba, Sylvester Stallone, and Viola Davis. Margot Robbie will reprise her role as Harley Quinn in this sequel of 2016's Suicide Squad. The plot of the film revolves around a group of DC's most degenerate delinquents, who are set on a mission by Amanda Waller, played by Viola Davis. The release date of this James Gunn directorial in India is the same as its Hollywood theatre release. Suicide Squad will be released in India on Thursday, August 5, 2021.

Mortal Kombat is an adaptation of a video game of the same name. The film was initially released on April 23, 2021, in Kerala, Andhra Pradesh, Telangana, and Tamil Nadu. The film's rerun will take place on Friday, July 30, 2021, in some selected theatres in the country. This Simon McQuoid directorial cast Jessica McNamee, Joe Taslim, Lewis Tan, Hiroyuki Sanada and many more.

Conjuring: The Devil Made Me Do It

Conjuring: The Devil Made Me Do It marks the third installment in the horror drama franchise Conjuring. The film explores yet another chilling case of the real-life paranormal investigators Ed and Lorraine Warren. The film was initially released on May 26, 2021. Its Indian theatrical release will take place on Friday, August 13, 2021. The film casts Vera Farmiga and Patrick Wilson in the lead roles.

READ | DC movies to be set up like Marvel Studios after Warner Bros and Discovery merger: Reports

The second wave of the COVID-19 pandemic made Indian theatres shut their doors once again for the sake of public's safety. Following the decline in the number of cases, several parts of the country were given permission to run the theatres with 50% occupancy. Selected cities in states like Gujarat, Madhya Pradesh, Haryana, Punjab, Rajasthan, Andhra Pradesh, and Telangana.

WE RECOMMEND
'The Suicide Squad' to release in select cities in India on August 5
DC's 'Batgirl' to be played by 'In the Heights' star Leslie Grace, Warner Bros. confirms
‘Space Jam’ dunks on ‘Black Widow’ to take box office No. 1
'Batgirl' has some stellar actors eyeing the role of Barbara Gordon, see who they are
Fans trend 'Justice for Johnny Depp' as Amber Heard begins filming for 'Aquaman 2'