What Happens If You Say 'Candyman' 5 Times In Mirror: Old Story Of 'Candyman' Legend

Candyman is a 1992 supernatural horror movie that narrates the story of a boogeyman who kills anyone that mentions his name five times in a mirror. 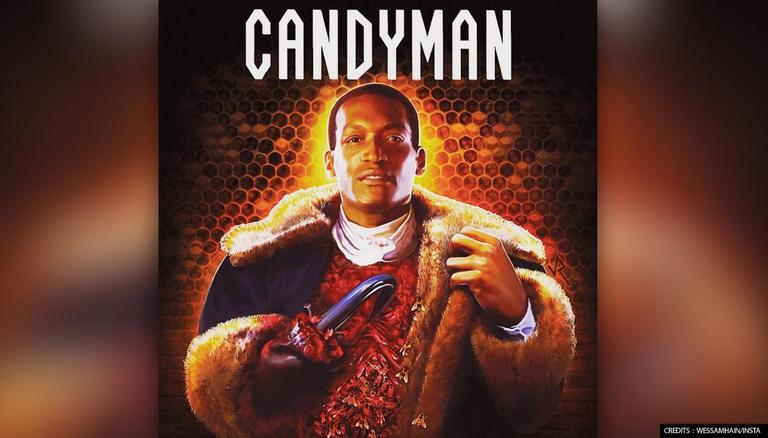 
Ever wondered what happens if you say Candyman 5 times in the mirror? The legend of Candyman is back to send shivers down your spine as it continues to terrorize the people of Chicago's Cabrini Green neighbourhood. The murderous villain lures his victims with candy or resorts to putting razor blades in their treats, the details following it being gory. Candyman is back to scare the audience as it follows the protagonist Anthony McCoy, who gets obsessed with the tale of the boogeyman. The movie is based on a short novel by Horror Writer Clive Barker, titled The Forbidden.

So what exactly transpired in the 1992 flick, which is still regarded as horror movie buffs favourite? Ahead of the Candyman 2021 release, let's throw some light on the old supernatural film.

The original Candyman was released on October 16, 1992, and received great response grossing over $25 million in the US, where people hailed it as a classic in the horror genre. Daniel Robitaille essayed the role of the infamous killer, who was the son of a former slave and ended up getting murdered in the late 19th century for his relationship with the daughter of a wealthy white man. It was directed by Bernard Rose

READ | 'Candyman' pushed to October, 'Halloween Kills' and 'The Forever Purge' delayed by a year

Candyman 1992 follows on this historical incident and charts the journey of a Chicago graduate student, who chances upon the legend of the Candyman while completing her thesis on urban legends and folklore. The spirit is infamous for killing anyone with a hook attached to the bloody stump of his right arm if they say his name five times to a mirror.

READ | 'Candyman' gets delayed once again with no definite release date

The Candyman franchise was further established by Candyman: Farewell to the Flesh and Candyman 3: Day of the Dead. The latest Candyman movie is going to be a direct sequel to the 1992 film, making it the fourth film in the franchise.

The latest movie is a sequel to the events of the original one which follows the protagonist Anthony McCoy, who was kidnapped by the Candyman as an infant. A visual artist, McCoy has to face the haunting of his past as the supernatural villain continues to terrorise people.

The movie will witness a theatrical release in the US on 27 August; however, the Indian audience will have to wait for a longer time as the movie is slated to release in India on 3 September. The movie was supposed to originally release in June 2020. However, it got delayed multiple times due to the COVID-19 pandemic.

READ | 'Candyman 2021': Release date, streaming details, cast and everything you need to know