Throwback to when actors Brad Pitt and Eric Bana made a gentlemen's agreement while shooting for their epic war film 'Troy' back in the year 2004. Read on. 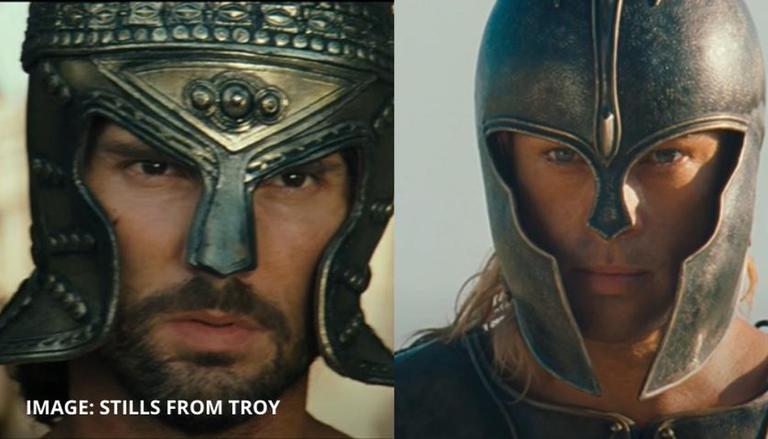 
Brad Pitt and Eric Bana co-starred in the epic war film Troy, which released in 2004. The movie was a massive success both commercially and critically and boasted of some of the most memorable fight sequences. The lead stars of the movie, Brad Pitt and Eric Bana, during the shoot, had made a gentlemen's agreement regarding their action scenes.

The movie had many fight sequences which required the lead actors to have a body double or a stunt double. As per IMDb, Brad Pitt and Eric Bana did not use stunt doubles for their epic fight sequence where the duo face each other in a duel. The duo made a gentlemen's agreement to pay for every accidental hit they took at each other while filming the scene. The agreement was to pay $50 for each light blow and $100 for each hard blow. Pitt ended up paying Bana $750, and Bana didn't owe Pitt anything.

The actor will next be seen in the action thriller movie Bullet Train. The film is based on the novel Maria Beetle by Kōtarō Isaka. It features an ensemble cast of Joey King, Andrew Koji, Aaron Taylor-Johnson, Sandra Bullock and Lady Gaga led by Brad Pitt. The movie follows five assassins who find themselves on a Japanese bullet train, understanding that their individual assignments are all interconnected. Pitt was last seen on the big screen in 2019 in the psychological science fiction movie Ad Astra. In the same year, he was seen in Quentin Tarantino's comedy-drama Once Upon a Time in Hollywood. The movie features a large ensemble cast led by Leonardo DiCaprio, Brad Pitt, and Margot Robbie.

Eric Bana will next be seen in the Australian drama movie Blueback. The movie is based on the 1997 novel of the same name by Tim Winton. The movie also stars actors like Mia Wasikowska, Radha Mitchell. The actor was last seen in the 2020 mystery drama thriller The Dry. The movie also featured actors like Genevieve O'Reilly, Keir O'Donnell and John Polson. The film is based on the 2016 book of the same name by Jane Harper.

READ | DYK Brad Pitt played a cameo in 'Deadpool 2' for a cup of coffee?