Will Johnny Depp Return To 'Pirates Of The Caribbean'? Ex-Disney Executive Answers

Will Johnny Depp reprise his role as Jack Sparrow in the 'Pirates of the Caribbean' franchise after winning the defamation suit against Amber Heard? Know here. 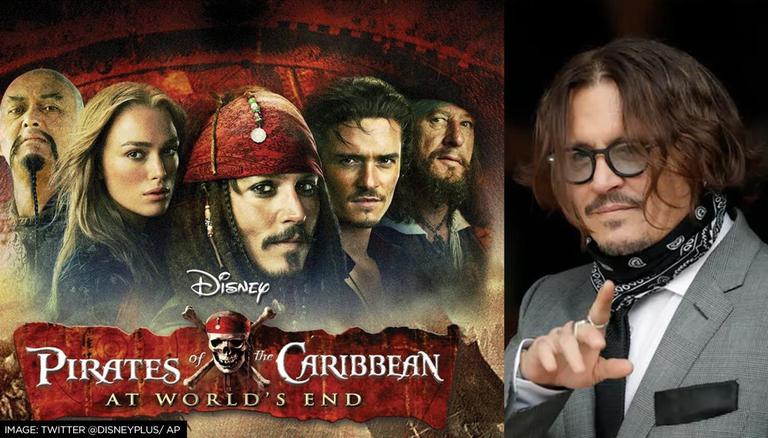 
Post winning the gruelling defamation trial against his ex-wife Amber Heard, things seem to be changing professionally for actor Johnny Depp. The actor's professional life reportedly started witnessing troubles after, in 2016, Heard levelled allegations of physical abuse against Depp. In 2017 the two officially got divorced. Things took a turn for Depp, after in 2020, a magazine published an article labelling the Pirates actor as a 'wife beater', two years after Amber Heard published an oped claiming she was a victim of domestic abuse.

Now, in 2022, after a contentious six-week legal battle against ex-wife Amber Heard in Virginia where his private life came out in the public eye, Deep received the jury's favour in the $50 million defamation suit against the Aquaman star.

While fans and industry insiders still have conflicting views on whether the 58-year-old star's life will be back on track or not, Disney's former executive has a different opinion on the same. The former executive feels that the actor could be asked to return to the Pirates of the Caribbean franchise soon.

READ | What will happen if Amber Heard fails to pay $15 Mn damages to ex-husband Johnny Depp?

Will Johnny Depp return to the Pirates of the Caribbean franchise?

The Disney executive told People magazine that he feels that post the verdict given in favour of Depp, the popular franchise could return with a reboot and the actor could be a part of the same as Captain Jack Sparrow, the iconic character he played in the franchise. He added that Disney has this culture of getting back films that have a potential box-office treasure for any particular character.

Depp who had become a household name post his stint in the franchise had even earned an Oscar nomination for playing the role of Jack Sparrow in the original 2003 film Pirates of the Caribbean: The Curse of the Black Pearl. The hit sequels came out in 2006, 2007, 2011, and 2017.

However, it is pertinent to mention here that earlier, during his testimony in the defamation lawsuit, the actor was asked if he would return to the franchise if Disney approached him again. The actor gave a spontaneous reply and said that he would pass on the offer. After Heard's attorney asked Depp, "The fact is, Mr. Depp if Disney came to you with $300 million and a million alpacas, nothing on this earth would get you to go back and work with Disney on a ‘Pirates of the Caribbean’ film? Correct?" to which Depp replied, "That is true."