Will Smith Doesn't Want Jason Derulo To Enter His House; Here's Why

Will Smith and Jason Derulo have often entertained their fans with their collaboration but the actor doesn't want Jason to enter his house. Here's why. 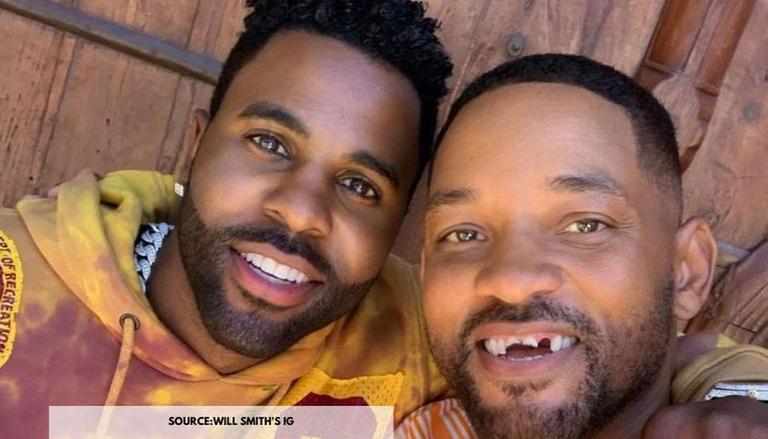 
Actor Will Smith, recently, ventured into social media stating that he wants to explore the field. He went on to create his TikTok account where he has over 43 million followers. On the other hand, he also entered the world of documenting his day as vlogs and uploading it on YouTube. He has over 9.19 million subscribers on the platform. Fans have witnessed his friendship with singer Jason Derulo. The dynamic duo is always bringing new and entertaining content for their fans.

Why Will Smith will never invite Jason Derulo to his house?

In the video, Will takes the tour of the house which is filled with crew members ready to shoot a video. Jason, on the other hand, enters the house and makes fun of the actor. The two end up joking around while making their famous Instagram reel/Tiktok videos. Will Smith's YouTube video has over 3 million views.

The duo has collaborated several times to create funny content. With the use of the green screen, they create unrealistic videos for the fans. Will Smith's Instagram is filled with such videos. In one of the reel videos, Will Smith throws a jacket on the table which then transforms into Jason Derulo. The 15-second video has over 28 million views. The caption reads, "Secret to @jasonderulo’s silky voice? Fabric softener⁣⁣". Watch the video here.

READ | Will Smith's hilarious videos with Jason Derulo that will make you laugh; See here

On the other hand, Jason uploaded a reel on his Instagram where he is playing golf and Will interrupts him. As soon as he interrupts, Jason hits his face and Will is left with broken teeth. The funny video has over 4 million views. Check it out.

READ | DYK Will Smith wanted to play Barack Obama's role in a film?

The YouTube video covers all the BTS of such reels. Whenever Jason enters Will's house, they end up making something destructive. This is the reason why Will doesn't want Jason to be invited to his house. Fans love the dynamic duo and are often seen asking for more collaborations.

WE RECOMMEND
Jason Derulo expecting 1st child with girlfriend Jena, singer shares stunning video
DYK Will Smith was placed 5th in the '50 Smartest People in Hollywood' list?
DYK Will Smith met Michael Jackson purely out of luck; Smith narrates the story
DYK Will Smith wanted to play Barack Obama's role in a film?
DYK Will Smith did not get to interact with other cast members of Winter's Tale?