Adele's New Album '30' Releases; Here's What Netizens Are Saying About Its Tracks

Adele's fourth studio album '30' was released on November 19 and has been receiving positive responses from critics and audiences alike. Read More. 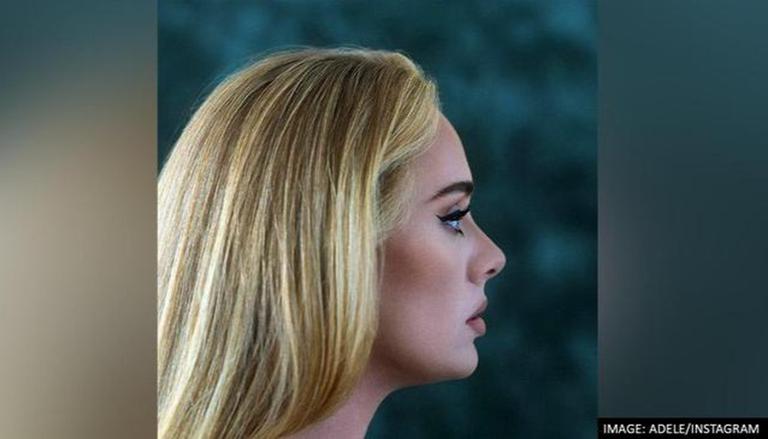 
Adele's much-awaited fourth studio album 30 was finally released on Friday, November 19. The album was inspired by her divorce from ex-husband Simon Konecki and how she tackled the separation whilst discussing her motherhood and the scrutiny of fame. The first single from the album 'Easy On Me' was released earlier this month and has been topping several global music charts. Here is what netizens had to say about Adele's new album 30.

Adele's fourth studio album has 12 tracks with 3 additional bonus tracks, the lead single, Easy on Me, was released on October 15, 2021, to international success. As the full album was released, several fans and critics have been praising the album and called it Adele's 'toughest, most powerful album yet'. Here are some of netizens reactions to 30.

the entire album is a masterpiece but the three song stretch of Oh My God, Can I Get It, and I Drink Wine??? god tier #Adele pic.twitter.com/YzA4FcmsR4

Me listening to 30
#Adele #Adele39 pic.twitter.com/zAlOdKjmqt

Me after listening to the ending voice memo in my little love #Adele30 #adele pic.twitter.com/QXzn6EwPac

Adele showing us the different kinds of love in each of her albums 😭❤️#Adele #Adele30 pic.twitter.com/b8xIwDwTsG

Adele has been breaking records with her new album ever before its release, on October 29 2021, three weeks before the release, the album broke the Apple Music record for the most pre-added album ever on the streaming platform, surpassing Billie Eilish's Happier Than Ever (2021). 30 also broke the record for the largest number of pre-adds in a single day, as well as the record for achieving it in the shortest timeframe.

Adele made the announcement that her new album 30 would be releasing on November 19 along with a lengthy note via her social media handles. She wrote, "I was certainly nowhere near where I'd hoped to be when I first started it nearly 3 years ago. Quite the opposite actually. I rely on routine and consistency to feel safe, which I always have. And yet there I was knowingly - willingly even, throwing myself into a maze of absolute mess and inner turmoil! I've learned a lot of blistering home truths about myself along the way."

The Grammy-winning singer added, "I've shed many layers but also wrapped myself in new ones. Discovered genuinely useful and wholesome mentalities to lead with, and I feel like I've finally found my feeling again. I'd go as far as to say that I've never felt more peaceful in my life. And so, I'm ready to finally put this album out. It was my ride or die throughout the most turbulent period of my life."

READ | Adele discusses her struggles with divorce, being a single parent with Oprah Winfrey; Read

WE RECOMMEND
Adele opens up about her divorce from Simon Konecki; 'I was sad and devastated'
Adele confirms going back to road to perform songs; unveils tour dates for '30'
Adele discusses her struggles with divorce, being a single parent with Oprah Winfrey; Read
Adele all set to feature in CBS special concert and intimate interview with Oprah Winfrey
Adele unveils tracklist for her much-awaited album '30'; to be released on Nov 19
Listen to the latest songs, only on JioSaavn.com