A tragedy took place at the Astroworld Fest in Houston on Friday, leaving 8 dead and many injured after chaos at a Travis Scott concert. 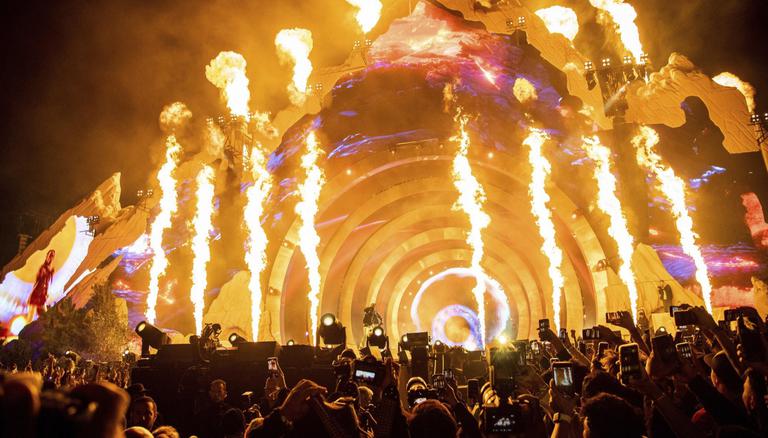 
Eight people died and many were injured amid chaotic scenes at the Astroworld Festival in Texas on Friday. The incident took place when rapper Travis Scott was performing. The news was confirmed by the fire authorities.

As per reports, the accident took place when a crowd rushed towards the front of the stage. Due to the compression of the crowd, some fell unconscious and many were in cardiac arrest. Some people have been hospitalised following the incident.

Houston Fire Chief Samuel Peña, as per a report on AP, told a news conference that the compression near the front of the stage led to panic, causing the tragedy. The panic is said to have started around  9:15 PM when the gathering near the stage happened.

He then said that a “mass casualty incident” took place at 9:38 PM. Peña said that no cause of death about the deceased was determined yet, but it will be known after a medical examination.

“The crowd began to compress towards the front of the stage, and that caused some panic, and it started causing some injuries,” the fire chief said. “People began to fall out, become unconscious, and it created additional panic.”

He added that 17 people were taken to the hospital in an ambulance, out of which 11 were in cardiac arrest.

As per reports, 300 persons were given medical treatment at a medical facility at the venue. Some were seen performing CPR on the unconscious people at the venue, in the videos that surfaced on social media.

The concert was stopped soon after the tragedy. Around 50,000 people were a part of the sold-out concert held at the NRG Park, the fire chief said.

As news of the crowd rush emerged, as per a report on New York Post, emergency responders were called in. Among the hospitalised was a 10-year-old. The police were also working towards finding out the identities of the deceased, and even those who had loved ones, who attended the concert, missing were asked to go to the Wyndham Hotel.

Organizers of the festival, LiveNation, will provide the footage from the event to the investigators and Travis Scott was co-operating with the law-enforcement, Houston Police Chief Troy Finner said.
The fest was earlier planned as a two-day event, but the show on Saturday has been called off