Astroworld Festival: What Happened At Travis Scott's Concert? Here's All You Need To Know

The Astroworld Concert stampede left 8 dead and many injured. Here's the timeline of events that happened at the festival, followed by Travis Scott's statement. 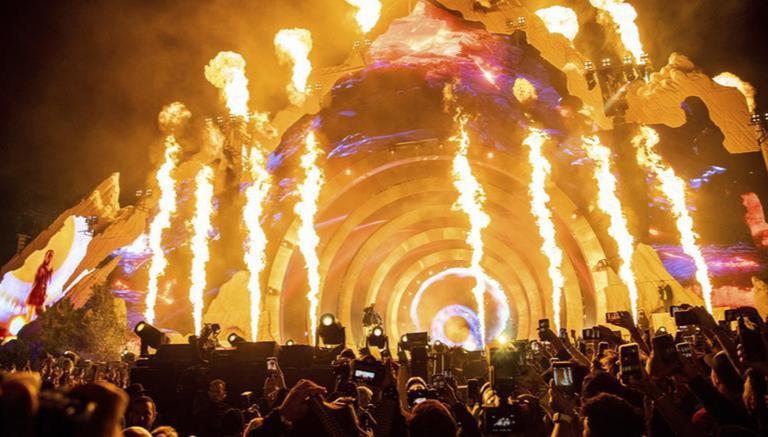 
Travis Scott's concert that was recently held in Houston created a massive buzz among the fans when around eight people were killed on the spot due to the massive crowd surge at the event.

The concert was a part of a two-day event, the Astroworld Music Festival, that began on 5 November 2021, on Friday. About 50,000 people gathered together for the show and many of them were seriously injured during the Astroworld concert. Take a look ahead to know what happened at the Astroworld festival.

What happened at the Astroworld Concert?

Travis Scott's concert, held at the Astroworld Music Festival on 5 November 2021, experienced a terrifying stampede in which at least eight people were killed and dozens were injured after a massive crowd began heading to the front of the stage by punishing each other while Travis Scott was performing. The Houston Fire department, according to NYTimes, reported that about 50,000 people were assembled at the event on Friday night when the injuries occurred.

Though it is still unclear as to why the crowd began pushing towards the front of the stage, one of the people present at the event stated that the situation was hectic from the beginning. The concertgoers further revealed that there was a lot of mob mentality going on, people were willing to do whatever to be in line for merch, food, shows, and even a lot of fights broke out throughout the day.

READ | Union: FD turned away ahead of Astroworld festival

The chaos gradually began when the crowd began heading forward with Travis Scott saying “I want to see some rages. Who wants to rage?” In a short while after that, the stampede occurred and Scott spotted an ambulance in the crowd, he stated, "There’s an ambulance in the crowd, whoa, whoa, whoa." Furthermore, the concert organiser, Live Nation stopped the concert 30 minutes earlier than planned, 40 minutes after the mass causality began.

Timeline of events at the Astroworld Concert

"It all began at around 9:30 pm when the crowd began to compress toward the front of the stage," Houston Fire Chief Sam Peña told reporters, according to ABC News. Scott continued to perform and in the middle of his performance, he screamed, "Somebody passed out right here." It was later revealed that around 300 people were treated by medical personnel and 25 were taken to the hospital.

The second day of the two-day Astroworld Music Festival was cancelled while Travis Scott issued a statement through Instagram that read- "Absolutely devastated by what took place," furthermore, a lawsuit was filed against him in Harris County, Texas.

Houston Mayor Sylvester Turner issued a statement revealing that 13 people were still in the hospital. On Monday, Travis Scott announced that he will be providing full refunds for all the attendees who bought the tickets to the Astroworld Concert and also mentioned that he will not perform at the Day N Vegas Festival on the upcoming weekend.

The identities of all the victims were released and a prayer meeting was held at the Annunciation Catholic Church in Houston.