BTS' Butter that was released on May 21 went on to break several records and also created YouTube history within minutes of the release. Check it out. 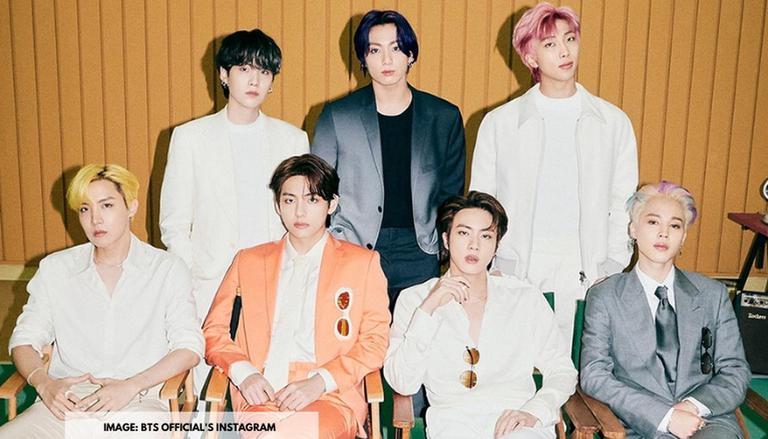 
Popular K-pop band BTS finally released their most awaited summer song, Butter. It is their second English language song after the hit track Dynamite. Although the vibe of the song was way different from their first English song, the Army went berserk minutes after the release. BTS' Butter broke not only one record but three records.

Bangtan Sonyeondan a.k.a. BTS has quickly paved their way towards global domination with one album at a time. While their global popularity has been visible since 2018, BTS debuted in 2013 and since then has come a long way. Initially, the band used to write and sing in the Korean language but after the success, they have moved to the English language. With the release of their official second English song Butter, BTS managed to break several records on YouTube.

As per Chart Data on Twitter, BTS' latest song became the fastest music video in YouTube history to hit 10 million views. This time, the band outdid themselves as they garnered the views within 13 minutes of the release. They also surpassed 20 million views within 54 minutes. Earlier, Dynamite surpassed the 20 million mark in 1 hour 14 minutes.

Other than this, Butter on YouTube also became the fastest video to gain 1 million likes, that too 40 minutes prior to the release. The song has also reached #1 in US iTunes. It also broke the records of the biggest YouTube premiere as 3.89 million viewers were watching the live launch of the video.

READ | BTS' Butter gets a thumbs up from Queen, British band tweets, "Are you ready for this.."

.@BTS_twt's "Butter" becomes the fastest music video in history to reach 1 million likes on YouTube, doing so 40 minutes prior to release. #BTS_Butter

The song was released on Friday where the fans got to witness the new looks of the members. The video has a "summer" and "flirty" vibe to it which is different from Dynamite. In this song, the lyrics add more to their dance moves. The boys rocked their look, be it formals or wearing sporty clothes on the basketball court. They were also seen showing off their dance moves in the elevator. Other than this, during the time of writing, the video has over 51 million views and 5.2 million likes. Watch the latest song of the band here.

READ | What time is 'Butter' by BTS coming out? Here are the timings for different zones
READ | BTS' Butter review: A flirty track that oozes with the septet's creamy moves and vocals