BTS' Jungkook was seen drinking 'Kombucha' during his VLive interaction with his fans and followers. Many of his fans rushed to order the brand's drink. 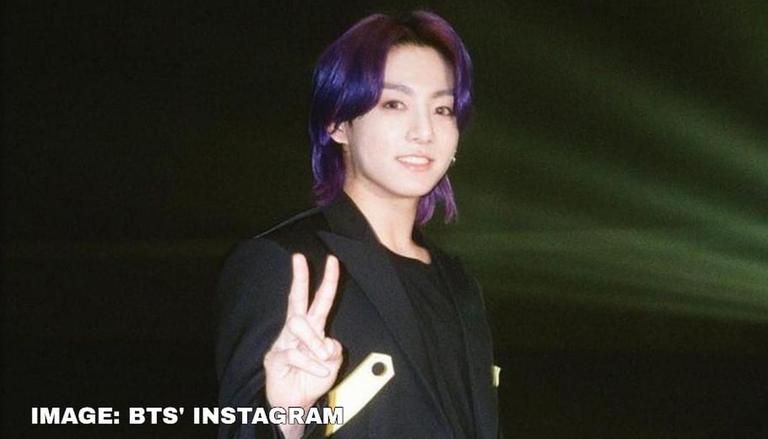 
On February 27, 2021, BTS' Jungkook was seen drinking 'Kombucha' during his VLive interaction with his fans and followers. In Jungkook VLive surprise broadcast called JK, BTS' Jungkook displayed his fans a plastic bottle filled with yellow coloured drink. He stated, "It's good to order Kombucha lemon powder, so I'm eating about two packets a day". Many of his fans and followers rushed to order the brand's Kombucha.

Jungkook enjoying the lemon flavoured Kombucha during his live interaction made the brand run out of stock in Korea. TEAZEN brand took to their official Instagram handle and dropped a picture of their product. As for the caption, they wrote in the Korean language, "We’ll restock the supplies even if we have to work all night. In his one word we have sold a month’s worth of supplies in just three days…thank you" with a purple heart.

The company also expressed their gratitude to Jungkook in their IG stories for selling out a month's supply of the lemon flavoured drink in just three months. They also added a hashtag, "#soldoutking". According to Koreaboo, the Korean tea brand revealed that their Kombucha sales had increased by 500% in the first week of March, immediately after Jungkook displayed the product in his VLive session. 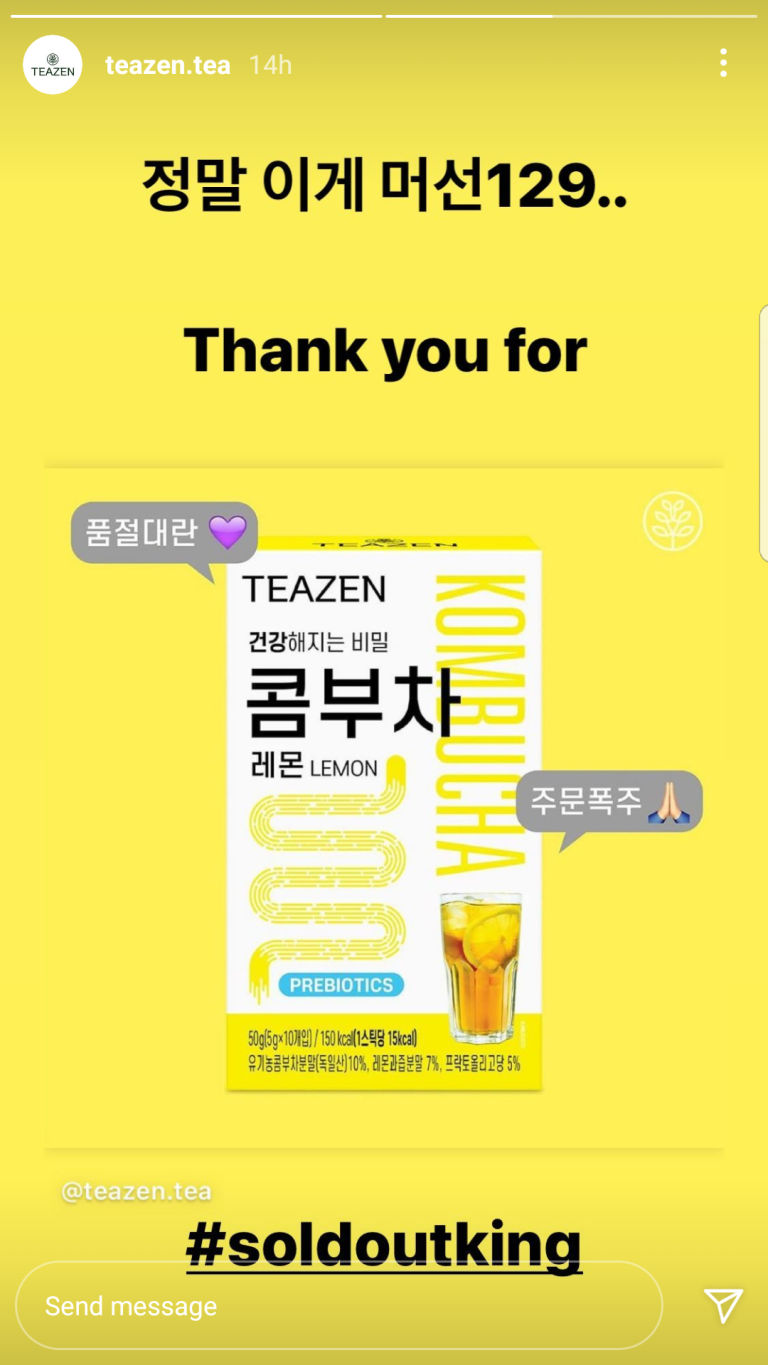 Many Jungkook fans took to their Twitter handle to express their opinion for the same. Even after the yellow-coloured drink received mixed reactions, Jungkook fans were still motivated to try the drink once again. A fan commented that Kombucha is "a great source of antioxidants and probiotics". Another one stated that Jungkook has motivated her to drink more Kombucha even though "it is not the kind of drink that can be pleasant". A netizen said that she hates drinking Kombucha but will drink because Jungkook is drinking it.

He was drinking Kombucha lemon tea that he mixed himself. He drinks two a day.

Kombucha is a great source of antioxidants and probiotics. #WhatBTSDrank @BTS_twt pic.twitter.com/xJuS5G0s33

I did not like kombucha when I tried it but I will try it again just for you jungkook https://t.co/pqQEp6rTV4

Jungkook has literally motivated me to drink more Kombucha. I've only drank Kombucha a few times and I will be honest.... It is not the kind of drink that can be pleasant. Especially if you can't handle acquired kind of tastes haha
It's like sour coffee with a bit of fizz HAHAHA

I hate it. but if Jungkook is drinking it... pic.twitter.com/eo5ngmvr47

Is this the exact brand kookie drunk? 🙂👀

Furthermore, BTS members recently released their second English track, Butter, on May 21, 2021. The song has been breaking records on YouTube and Spotify ever since its release. The boy band also released the new version of the song, Butter (Hotter Remix) on May 28, 2021. In the new remix music video, BTS members can be seen dressing in suits and grooving on the stage while lipsyncing the lyrics.

READ | BTS' lesser-known facts that ARMY may want to take a look at!