After being postponed for two years, Coachella 2022 is all set to take place this April and the lineup includes Harry Styles, Billie Eilish, Kanye and more. 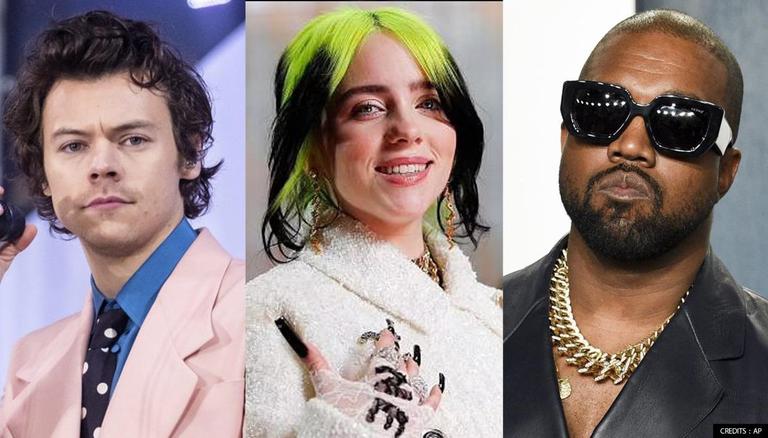 
After two years of cancellations due to the COVID-19, the biggest music festival in North America, Coachella is finally happening. The lineup for Coachella 2022 was released by the makers and features some of the biggest names of the industry headlining the festival. Artists like Harry Styles, Billie Eilish and Kanye West are set to headline Coachella 2022. Styles will be making his Coachella debut this year while Kanye and Billie headlined the event in 2011 and 2019 respectively. The musical festival was first postponed back in 2020 due to the pandemic and was cancelled again in 2021.

After two years of postponements and cancellations due to the COVID-19 pandemic, Coachella 2022 is all set to take place on April 15-17 and April 22-24 at the Empire Polo Grounds in Indio, Calif. Harry Styles, Billie Eilish and Kanye West will be headlining the music festival this year and will be joined by the Swedish House Mafia.  Along with West, Eilish and Styles, the lineup also includes artists like Lil Baby, Daniel Caesar, Phoebe Bridgers, Big Sean, Megan Thee Stallion, 21 Savage, Danny Elfman, Doja Cat, Joji, Run the Jewels and many more.

Presale for Weekend 2 starts Friday 1/14 at 10am PT. Weekend 1 is sold out. Register now at https://t.co/qujCsdCWkp pic.twitter.com/cEp5iNJY9M

The music festival will be taking place nearly two years after the 2020 event – which was slated to be headlined by Rage Against the Machine, Travis Scott and Frank Ocean – was postponed several times during the pandemic. Following the AstroWorld Festival tragedy, rapper Travis Scott was removed from the lineup. As per a report by Variety, the rapper's agent fight hard with the organizers to keep Scott included in the list.

The 2020 edition of Coachella was originally set to take place in April but was moved to October due to the COVID-19 pandemic before being cancelled entirely.  As the pandemic continued the music festival was also cancelled in 2021. Coachella showcases popular and established musical artists as well as emerging artists and reunited groups. It is one of the largest, most famous, and most profitable music festivals in the United States and the world. As per Variety, the festival has already sold all of its 125,000 per-day tickets.

WE RECOMMEND
Harry Styles fan sues 'The Forum' for injuries sustained after crowd surge in 2019 concert
Harry Styles helps fan to come out to her mother at his 'Love on Tour' concert; Watch
Harry Styles breaks silence on his superhero debut as Eros in Marvel's 'Eternals'
Harry Styles' 'Eternals' look as Eros finally revealed; Marvel gives glamorous intro
Harry Styles' got new fans? Watch as BTS members sway at his LA concert
Listen to the latest songs, only on JioSaavn.com