Los Angeles beloved rock band are all set to go on tour next year with the popular Slash featuring Myles Kennedy and The Conspirators. Read on. 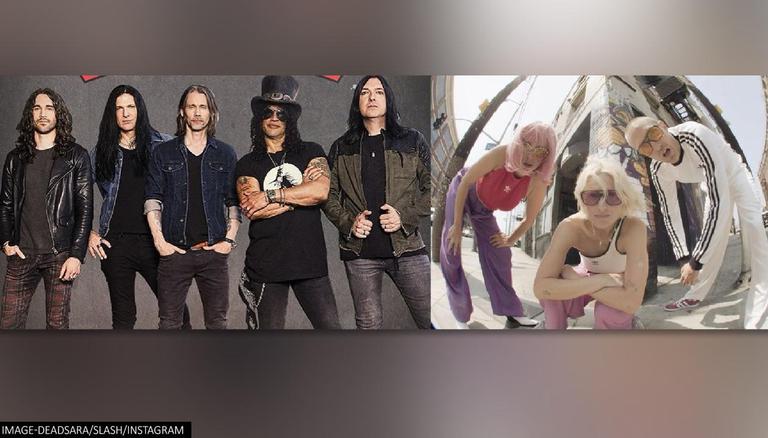 
The popular rock band based in Los Angeles, Dead Sara took to their social media to treat their fans by releasing tour dates for next year. The band will be on-road with Slash featuring Myles Kennedy and The Conspirators as special guests marking their first tour for the year 2022. Dead Sara last released their album Ain't It Tragic in September.

Taking to their Instagram, the rock band shared the schedule of their next tour and hoped that they would get the opportunity to see them. They also announced their collaboration for this tour with Slash by writing, ''Hi, we are DEADSARA and we're going on a tour with Slash''. In the caption, they wrote, ''Hopefully, all the fires are out by this time ❤️‍🔥 And stay tooooned if we add any dates near you (west coast) ⚡️ See you next year, stay safe 🐁#deadsara #slash #tour #2022.''  The tickets will go on sale from October 29. Check out the schedule of Dead Sara with Slash below.

The renowned rock band trio consists of lead vocalist Emily Armstrong who is in charge of rhythm guitar, lead guitarist Siouxsie Medley who also plays the part of backing vocals and Sean Friday responsible for drums. One of the most popular songs of the band is from their debut eponymous album Dead Sara in 2012 titled Weatherman. The single reached No. 30 on Billboard's Mainstream Rock chart.

Their 2015 EP Pleasure to Meet You also introduced some bangers namely Mona Lisa, Suicidal and more Some of their hit singles include We Are What You Say, Lemon Scent, Heaven's Got a Back Door, Hands Up and more resulting in the album reaching No. 2 on Billboard's Heatseekers chart and No. 7 on the Hard Rock Albums chart.

WE RECOMMEND
NASA's SpaceX Crew 3 members to arrive at Kennedy Space Centre ahead of launch to ISS
Orion: NASA's next gen Moon-ship attached to SLS megarocket at Kennedy Space Centre
US postpones disclosure of JFK assassination 'sealed records' from Oct deadline to Dec 15
Biden to meet Pope Francis amid some rifts with US bishops
Channing Tatum reacts to Dave Chappelle controversy, acknowledges people are 'hurt'
Listen to the latest songs, only on JioSaavn.com