America singer Demi Lovato, on April 2, dropped the title track of her album Dancing With The Devil, in which she recreated the night of her 2018 overdose.


American singer-songwriter Demi Lovato, on Friday, dropped her new video titled Dancing With the Devil, in which she chronicled the night of her 2018 overdose. When Demi Lovato overdosed, the singer had suffered from three strokes, a heart attack, asphyxiation and pneumonia. In the Michael D. Ratner directorial video, the singer recreated the fateful events leading up to her hospitalisation.

Demi Lovato's Dancing With The Devil

The visual of Demi Lovato's Dancing With The Devil recreated specific details, including how she was dressed and her hairstyle at the time, to moments from the night. She can be seen in a bar, in a room unzipping a bag containing drugs, unconscious as she is touched by others, on a gurney and also fighting for her life in a hospital bed hooked to machines. The lyrics discussed the temptation she succumbed to as she battled her addiction.

In a scene in the clip, Lovato can be seen in her hospital bed in her home bathroom, which highlights how Lovato’s use of drugs in her bathroom spiralled into her eventually overdosing and needing treatment in the hospital. The 28-year-old singer sings, "Thought I knew my limit, yeah/I thought that I could quit it, yeah. I thought that I could walk away easily/But here I am, falling down on my knees/Praying for better days to come and wash this pain away/Could you please forgive me?/Lord, I’m so sorry for dancing with the devil".

Within a few hours, the above music video managed to garner more than 500k views along with 132k+ likes. It garnered a positive response as the viewers praised Lovato's work in the comments section. "The most transparency the industry has seen" wrote a viewer, while another added, "We need to appreciate the courage that she showed by literally making her worst night into a piece of art".

READ | 5 Revelations from Demi Lovato's 'Dancing with the Devil' that left viewers shocked! 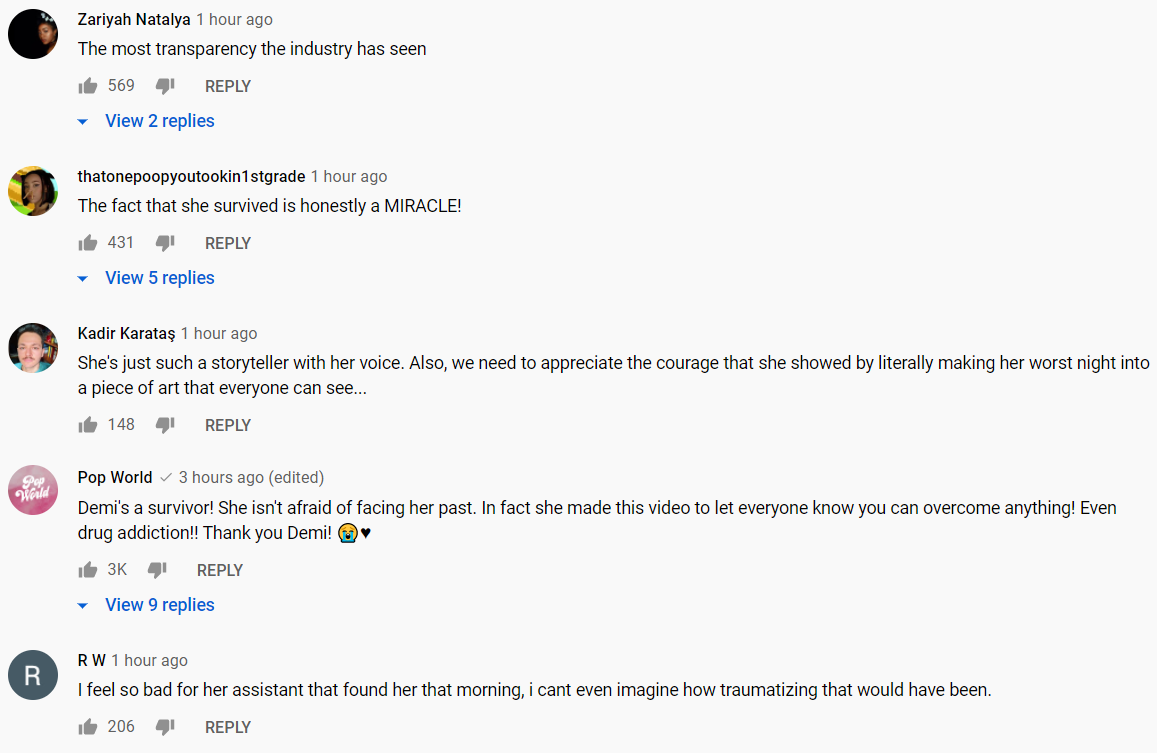 Dancing with the Devil ... the Art of Starting Over is the seventh studio album the singer, released on April 2, 2021. The album features a total of 19 tracks. The project was recorded alongside a docu-series by YouTube Originals.