Enrique Iglesias Says His Next Album 'Final' Could Be His Last, Fans Call It Heartbreaking

Spanish singer Enrique Iglesias who is all set to release his new album 'Final' said that it could be the last album of his career. Read More. 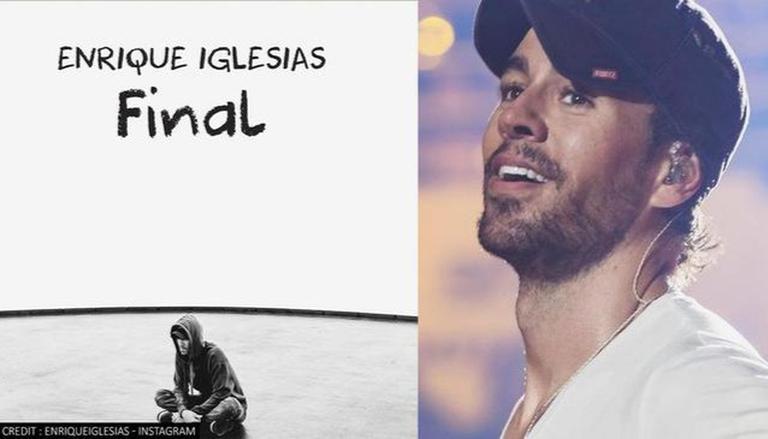 Enrique Iglesias says 'Final' will be his last abum

The Hero singer reassured his fans that he would never stop making music and said, "I'm never going to stop writing songs because I love writing songs, but I'm going to do it in a different way -- meaning they don't necessarily have to be packaged as an album -- so this project to me is important." Final is set to release on September 17.

Here is how fans reacted to Enrique's last album 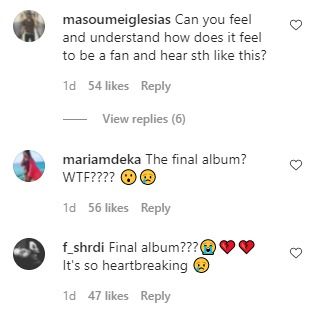 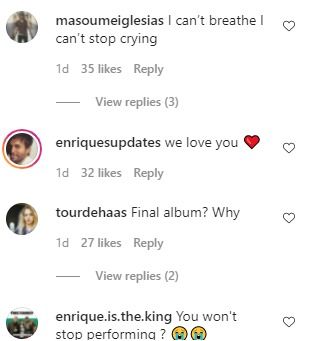 Enrique Iglesias started his recording career in the mid-nineties on Mexican indie label Fonovisa Records and became the best selling Spanish language act of the decade. By the early 2000s, he made a successful crossover into the mainstream English language market. The Tired of Being Sorry singer is one of the best-selling Latin music artists with estimated sales of over 70 million records worldwide. Iglesias has had five Billboard Hot 100 top-five singles, including two number-ones. As of October 2020, Iglesias holds the number-one position on the Greatest of All-Latin Artists charts. Enrique Iglesias' songs like Escape, Don't Turn Off the Lights, Hero, Bailando, Finally Found You, Heartbeat are some of his biggest commercial successes.