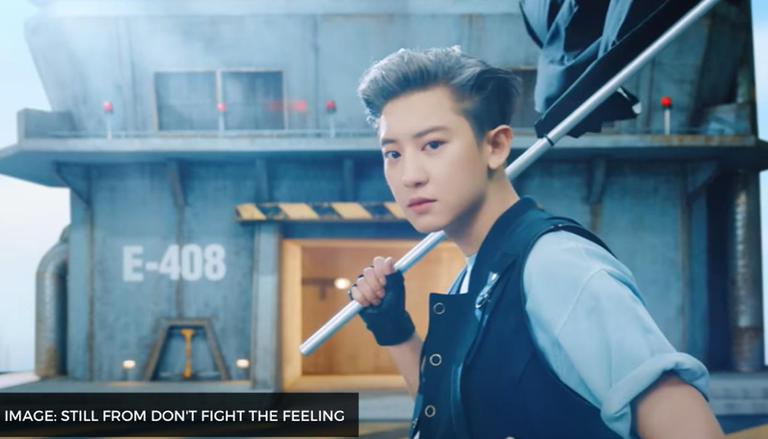 
Kpop group EXO's new music video Don't Fight The Feeling has been one of the most highly awaited songs among fans. The MV dropped on June 7, 2021, has already received more than 4 million views on YouTube. The innovative video shows EXO members showing off their dance skills on a giant aircraft.

EXO's new music video shows the group singing about stopping the urge to fighting feelings. The new MV also has a special rap from group members Sehun and Chanyeol. Even though Lay Zhang has currently taken a step back from the Kpop group, he was seen in the video. The new music video received an exciting response from fans.

EXO's comeback music video received loads of compliments from the group's fans. They were glad to see their favourite group members reuniting to make music. They invited more people to stream the music video and made the hashtag "Don't Fight The Feeling"  trend on Twitter. EXO's fans were excited to see group members Chanyeol and Lay Zhung in the video. They said that they enjoyed the new music video and the song's melody.

#백현아오늘은 백현아 I made this with EXO just now! ㅋㅋㅋ Don’t Fight The Feeling album is on repeat now. Hope you are eating well, staying safe and healthy everyday. I love EXO special album and will listen to it a lot. Very happy too that Lay is in it! ❤️사랑해 @B_hundred_Hyun pic.twitter.com/SfRrAmSwNd

IM ABOUT TO CRY FINALLY DON’T FIGHT THE FEELING MV HAS OUTED😭😭😭😭😭😭 I LOVE THE VIBES, THE MELODY SO MUCH😭😭🥺🥺🥺#DONT_FIGHT_THE_FEELING @weareoneEXO

Beside of the mv that makes me so emotional. The lyrics itself makes we want to cry too.
So without any doubt, here i present you.

TEAM SOLAR FOR THE WIN

For the unversed, EXO's new music video comes after a long hiatus of one year. They collaborated on their album EXO PLANET #5 – EXplOration, which was released on April 21, 2020. EXO members Chanyeol and Baekhyun had been inactive in the group due to military service. Group Lay Zhang had taken a hiatus from the group in 2016. Other inactive group members include Suho and Chen. The group had three other members who stepped down from the group including Luhan, Kris and Tao. This leaves five members of the group as active, Xiumin, D.O., Lay, Kai and Sehun.

Lay Zhang announced that he would be back in the group in late May when the new song's teaser video was released. He was last seen in EXO's Don't Mess Up My Tempo. Although the singer is expected to be a part of the entire comeback album he will not be participating in the promotional events.