American rapper G-Eazy's new album 'These Things Happen Too' is all set to release. Read on to get more information about the album here. 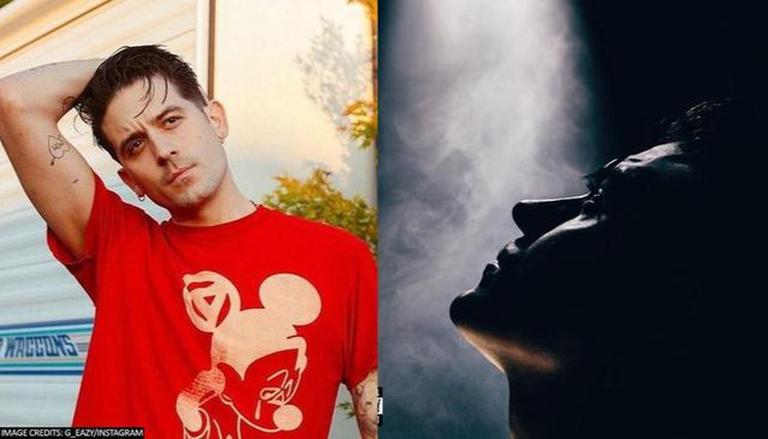 
Rapper G-Eazy is all geared up for the release of his fourth upcoming studio album, These Things Happen Too. G-Eazy's new album will act as a sequel to his 2014 album, These Things Happen. The rapper on Wednesday took to his Instagram and shared the tracklist of his upcoming album that features guest vocals from artists such as Demi Lovato, E-40, Jay Ant, Rick Ross, ASAP Ferg, Tory Lanez, Nipsey Hussle, Rockie Fresh, Kehlani, French Montana, and Too Short.

G-Eazy took to his Instagram to reveal the tracklist for his fourth studio album. The 19-track set, which has been three years in the making, includes the single Breakdown with Demi Lovato, plus appearances from artists like Lil Wayne, Ty Dolla $ign, and Marc E. Bassy and many more. G-Eazy's new album These Things Happen Too is set to release on September 24, 2021. Fans will be able to enjoy G-Eazy’s new studio album on most of the leading streaming platforms like Spotify, Apple Music, Amazon Music, Tidal, and YouTube.

READ | Was 'The Bachelor' contestant Sarah Trott in a relationship with Rapper G-Eazy? Find out

Talking about his upcoming album, G-Eazy told Consequence, "I want to do it with integrity and focus…and make it feel like a true sequel to the first one, but at the same time show the maturation and evolution of a seven-year journey that’s completely changed my world and universe."

Why was G-Eazy Arrested?

G-Eazy recently made headlines after he was arrested for an alleged physical altercation with a man in a New York City club last week. As per various media outlets, 29-year-old and a 32-year-old men accused G-Eazy, 32, whose real name is Gerald Gillum, of punching each of them in the face on Friday midnight, according to a police spokesperson from the New York City Police Department. Neither of the victims was hospitalized at the time of the incident, according to police. TMZ reported that the incident occurred at around 12:40 am at the Standard hotel when Fashion Week parties were underway in the hotel's clubs, Le Bain and the Boom Boom Room.

As per Page Six, the rapper got into an altercation with a 32-year-old socialite's name is Daniel Chetrit. The reports further state that the 32-year-old man had to get stitches on his head after the alleged fight.

WE RECOMMEND
G-Eazy and Chris Brown team up for sampling Mark Morrison's 'Provide'
G-Eazy’s reps refute claims Halsey refers to him in her recent poetry compilation
G Eazy collaborates with Tyga and Tory Lanez for new song 'Still Be Friends'
Rapper G-Eazy arrested after allegedly punching man in NYC club
Was 'The Bachelor' contestant Sarah Trott in a relationship with Rapper G-Eazy? Find out
Listen to the latest songs, only on JioSaavn.com