Coldplay and BTS' new song 'My Universe' took centre stage in New York as the British band decided to surprise fans with a special performance. 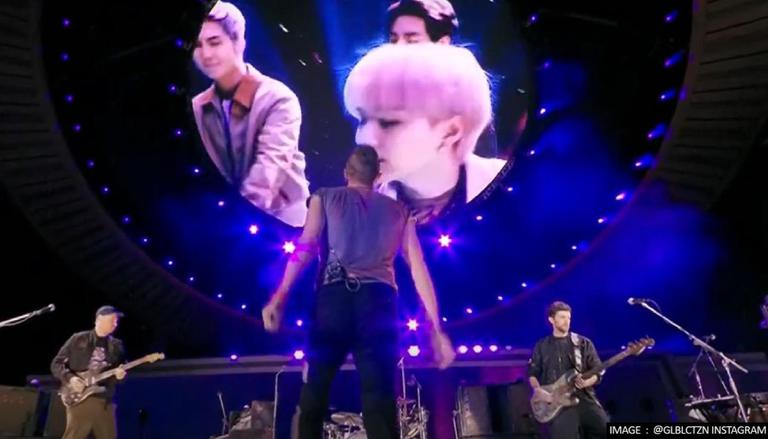 
Fans around the world have been very excited ever since the famous K-pop boy band BTS collaborated with Coldplay. The collab named My Universe was dropped by the famous bands on Friday. However, Coldplay took My Universe to the next level as they performed the new song on Global Citizen Live.

Coldplay-BTS new song My Universe took centre stage as the British band decided to surprise fans with a special performance. The band took the stage in New York to perform the song in front of the live audience. Making things special, the band performed while their collaborators, BTS, were shown behind them on the big screen.

The performance reached its peak when Coldplay’s lead singer stopped mid-song for the rap segment. Chris Martin said that he couldn’t perform the portion and turned back and watched the hologram of BTS along with the fans while the song played. The fans were fully behind the performance and even chanted the two bands’ names by the performance’s end. Meanwhile, a pre-recorded performance by BTS was also played in Paris for the grand charity event.

READ | 'My Universe': Coldplay-BTS collab is perfect amalgamation of their musical sensibilities

BTS didn’t miss out on the Global Citizen Live event as the K-pop band kicked off the broadcast of the event with a special performance. The band joined in on the event as they performed from Seoul. The band their hit song Permission to Dance as they welcomed masked backup dancers to share the stage. This was the band’s big performance after they rocked the UN headquarters last week with a powerful speech.