Singer Jason Derulo rained punches on men who called him 'Usher' & abused him. The video of the incident, which took place at a Las Vegas hotel, went viral. 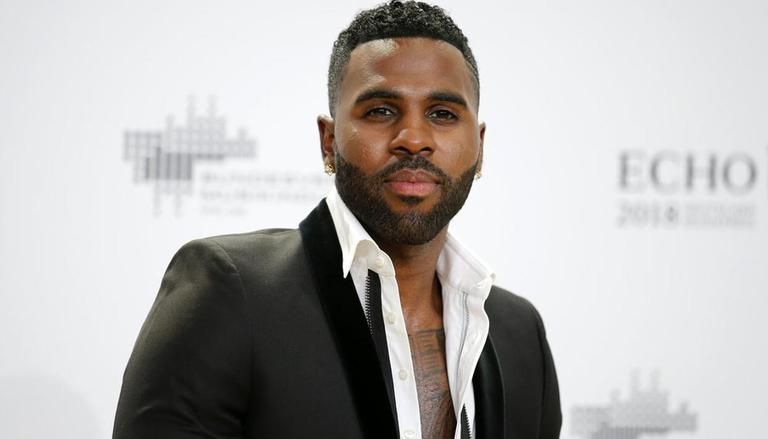 
Jason Derulo lost his cool when he was called 'Usher' and abused at a hotel in Las Vegas.

The singer got so agitated that he came to blows with the two men who taunted him. The incident, as per a report on TMZ, took place at the Aria hotel.

Jason Derulo fights men who call him 'Usher' and abuse him

In the video that has emerged, one could see Jason Derulo arriving on an escalator. One could then hear an expletive being directed at him, preceded by words calling him 'Usher', and the singer was in no mood to tolerate it.

READ | Will Smith doesn't want Jason Derulo to enter his house; here's why

He first charged at one man and hit him. Another man seemed to have escaped from that attack, but Jason then ran behind him and delivered punches on him galore, knocking him down on the floor and falling with him. The security officials then held the singer and brought the situation under control.

The hotel sent a trespassing notice to Derulo, after which he was evicted from the property. The men did not need any hospital treatment for their wounds, though they seemed to spill blood. They had not pressed any charges against the Wiggle artist yet, the report added.

The incident became a talking point on social media, with memes also surfacing.

READ | Jason Derulo's quiz: Can you identify the singer's popular songs from these lyrics?

Jason Derulo on the professional front

Last year, he had gone viral for another reason, for his TikTok video on the hit track Jalebi Baby.

Jason Derulo has been a popular name in the music industry for over a decade now.

He had shot to fame with the success of the track Whatcha Say in 2009. The track In My Head and his debut album Jason Derulo, then added to the popularity at that time.

Don't Wanna Go was one of his other popular tracks at this time. He then launched his second album Future History in 2011. His third album was titled Talk Dirty and was released in 2013.

In recent years, his track Savage Love (Laxed – Siren Beat) earned success. Acapulco, Lifestyle were some of his other songs to releease in 2021.

Want to Want Me, Trumpets, It Girl,  Ridin' Solo are some of his popular tracks.