Jesse McCartney To Get Hitched This Fall, Shares A 1920s Inspired 'save The Date' Video

Jesse McCartney recently shared a 'save the date' video on his Instagram handle. He is going to tie the knot with his longtime girlfriend Katie Peterson. 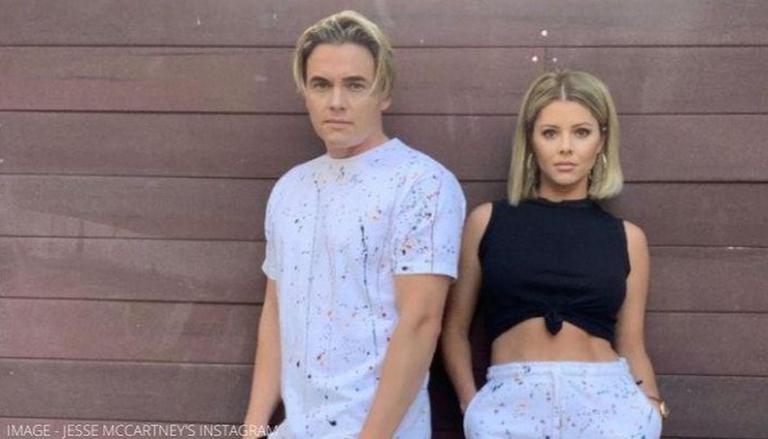 
Hollywood star Jesse McCartney, who rose to fame with his role in the drama All My Children is all set to tie the knot this fall with his long-time girlfriend Katie Peterson. The actor shared a dramatic yet romantic "save the date" video on his social media handle, which was inspired by the 1920s era. The 2-minute long silent film showed how the couple met in a bar and fell in love with each other.

Katie Peterson and Jesse McCartney to get married

According to a report by People, Young Justice actor Jesse McCartney is all set to get hitched to his fiancee Katie Peterson this fall. The couple had the most romantic and dreamy "save the date" black and white video, which they shared recently on their Instagram handles. In the video, the two cross paths at a bar, where she's a bartender before he asks her to meet on the beach where he proposes. The dialogues in the silent film are displayed via title cards and the final title card reads, "My love for you roars like the '20s! Won't you be mine forever?".

"Yes! But of course!" reads Kate's reply. "Meet us in Carmel Valley. Fall 2021," the screen reads before the two join for an adorable kiss. Jesse McCartney's relationship with Katie has been going strong since 2012 and the couple has been engaged for over two years now. In an interview with People's Magazine, Jesse stated that at this point, everything seems like it is falling into place and that he is looking forward to a whole new stage of life.

Netizens react to Jesse McCartney's "save the date" video

Jesse McCartney's Instagram was flooded with congratulatory messages ever since he shared the video on his handle. The actor has a following of 600k on the social networking site and his wedding announcement video garnered close to 60k likes within a few hours. Fans, followers, and well-wishers of the couple poured in their love and best wishes for the duo. While one follower commented saying, "This is EVERYTHING!! Love you two!!", another one stated, "That was so cheesy, but I love it".

READ | Chris Trousdale, ex-member of boy band DreamStreet passes away due to Coronavirus at 34 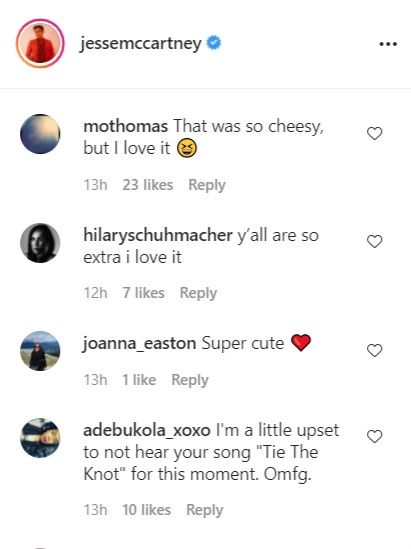 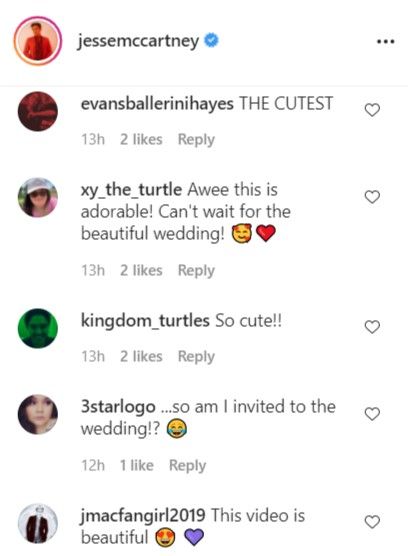 READ | Zac Efron's rumoured GF has helped him calm down a lot due to few reasons: Reports
READ | Zac Efron teams up with Keith Thomas for upcoming 'Firestarter' adaptation

WE RECOMMEND
Chris Trousdale, ex-member of boy band DreamStreet passes away due to Coronavirus at 34
On Zac Efron's birthday, take up this trivia quiz about 'The Lucky One' actor
The Masked Singer Updates: The face behind the T-Rex is finally unmasked