John Legend Talks About Strained Friendship With Kanye West, Reveals How It Got Ruined

Singer John Legend and rapper Kanye West have been best of friends, however, due to political ideals, there has been a rift in their bond. 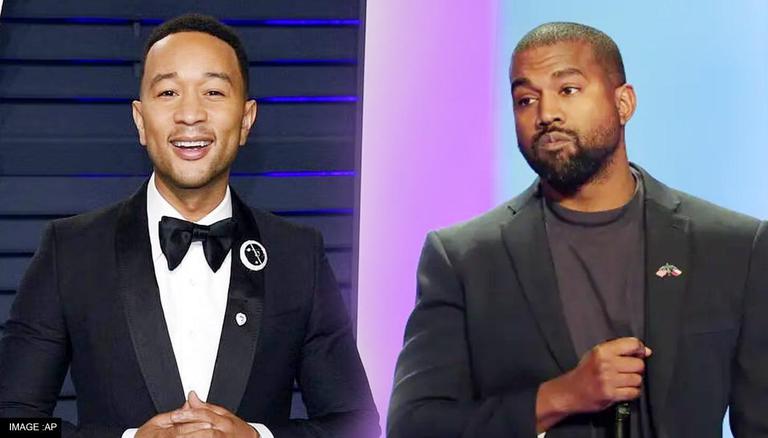 
Singer John Legend and rapper Kanye West have been best of friends, however, due to political ideals, there has been a rift in their bond. During a recent conversation at The Axe Files podcast, the All of Me singer revealed that the differences started when Kanye ran for Presidency.

Legend specified that Kanye's support for former US President Donald Trump and his own presidential campaign in 2020 were the reasons behind their strained relationship. The 43-year-old singer also confessed that he publicly disagreed with his running for the presidency and supporting Trump.

John Legend talks about his ruined friendship with Kanye West

Both Legend and West have collaborated on various songs like 2005's Number One and 2008's It's Over among others. While sharing his views on their lost friendship, Legend said, “I honestly think because we publicly disagreed on his running for office, his supporting Trump. I think it became too much for us to sustain our friendship."

On the other hand, Legend also thinks that West was "not happy about" Legend not supporting and standing behind him after he announced that he was running for president in the 2020 elections. Elucidating on the same, the singer said, "He was upset that I didn't support his run for the presidency of the United States of America — for understandable reasons." He continued, "I wasn't alone in that, but, you know, he was not happy about that. And we really haven't been close since then."

Meanwhile, this year is quite special for the singer who is all set to welcome another child with his wife Chrissy Teigen. Model Chrissy Teigen and her partner John Legend earlier revealed they had been trying for another baby after suffering from a miscarriage two years ago.

READ | John Legend reveals his children Miles, Luna listen to his music a lot; 'Good for my ego'

“The last few years have been a blur of emotions, to say the least, but joy has filled our home and hearts again. 1 billion shots later (in the leg lately, as u can see!) we have another on the way. Every appointment I’ve said to myself, “ok if it’s healthy today I’ll announce” but then I breathe a sigh of relief to hear a heartbeat and decide I’m just too nervous still. I don’t think I’ll ever walk out of an appointment with more excitement than nerves but so far, everything is perfect and beautiful and I’m feeling hopeful and amazing. Ok phew, it’s been very hard keeping this in for so long!”, (sic) Chrissy wrote while announcing the pregnancy.