Amid the ongoing Anti-Semitic remarks controversy, American rapper Kanye West compared himself to Emmett Till in a rant at Ari Emanuel. 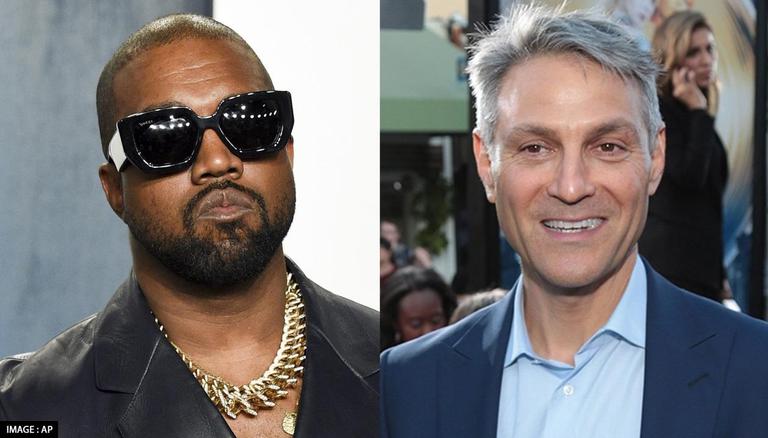 
Amid the ongoing Anti-Semitic remarks controversy, American rapper Kanye West compared himself to Emmett Till, the boy who was allegedly abducted, tortured, and lynched in Mississippi in 1955, after being accused of offending a white woman, Carolyn Bryant, in her family's grocery store. In his latest social media post, the Donda singer stated that what happened to Emmett Till is happening to him as well. It is pertinent to note that Kanye wrote a long note on his Instagram handle for the CEO of William Morris Endeavor, Ari Emanuel, who called on businesses to cut ties with him post his controversial anti-semitic remarks.

Kanye West calls out Ari Manuel for 'targeting him'

Kanye headed to his Instagram handle on Monday and disclosed how he was being treated post making derogatory remarks about the Jewish Community. In a rant to Ari Emanuel, he wrote, "Can you find a place for the Donda Academy kids to go to school that’s properly zoned for a school? I got about 60 children that have no place to be as they look to transfer. They tried to dismantle our basketball team. Those boys are being penalized without reason. Even professional athletes were threatened by their owners to disassociate."

He further opened up about the treatment he has been receiving amid the controversy. "This is what modern post social media #Blackmirror warfare looks like…the children are not even off limits - Economic Lynching - Digital Lynching - Bankrupting my Social Credit Score You tried to bankrupt Adidas and me at the same time. You tried to destroy my life after all the money I’ve made for the “business” people."

He added, "We declare today the day when no human is allowed to be human. Please note that I have never physically hurt anyone. So…Ari Emmanuel: Better yet, let me ask your BIG brother Rahm Emmanuel // Former Mayor of Chicago. Rahm…You’re a very powerful “Business” person // Here I am…The once richest black man in the world asking the very person who is destroying me to at least help these Children… “Hurt me but please masa don’t hurt da chirren masa” We bus underprivileged kids in from all over and they love it at Donda Academy."

"I see and understand just how powerful you are, but even the mighty Pharoah was no match for the power of GOD. At times like this…and at all times… I trust my Jesus. The KING of Israel," Kanye concluded.

The post came days after Ariel Zev (Ari) Emanuel asked companies to not do business with Kanye West after the latter's anti-semitic remarks that he was going “death con 3 On JEWISH PEOPLE”.