Kanye West To Sell Wyoming Ranch; Puts It On Market For $11 Million

Kanye West is selling one of his Wyoming ranches, which netizens have seen on Instagram. The rapper put it on the market for $11 million. 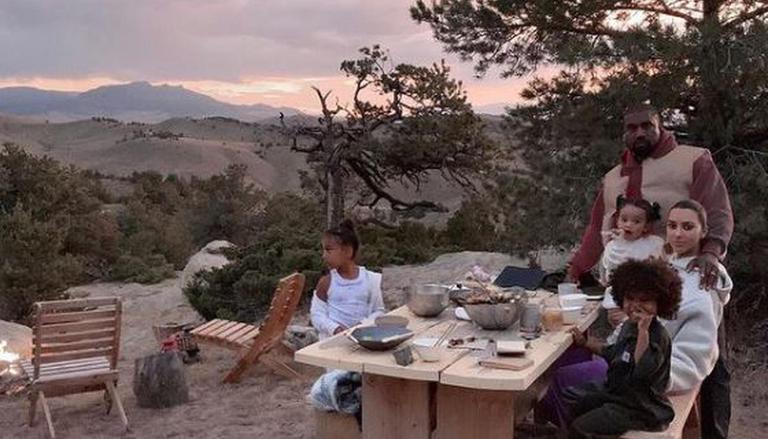 
Kanye West is selling one of his ranches in Wyoming, glimpses of which netizens have seen on Instagram when he was married to Kim Kardashian. The rapper is seeking $11 million for his property. As a report on E! News, the rapper has listed this ranch for sale, while he continues to be in the possession of a larger ranch in the same area. The ranch, which is of more than 3800 acres, is situated at Cody, Wyoming. Ex-wife Kim Kardashian had once shared with Jimmy Fallon how it had been his 'dream and vision' to buy, as they envisioned 'some weekends' at the 'prettiest place.'

As per a report on DW, among the ranch's features include a go-cart track, a large kitchen, horse facility, two freshwater lakes, hay meadows, lodge, livestock corrals and a view of Absaroka mountains and the standalone cliffs that make the property attractive. However, the Donda artist will be keeping his 6713-acre mountain ranch, The Bighorn Mountain Ranch, located at Greybull, Wyoming. Kanye had shelled out $14 million to buy his larger ranch. The ranch was purchased in 2019. This property also featured cabins and lodges, hills, meadows cut by tree-covered canyons, bluffs, sauna, helicopter pads, and kitchen.

Meanwhile, on the professional front, Kanye came up with his 10th studio album  Donda, which was released on August 29. Numerous events related to the album had been a talking point. This included multiple delays, numerous listening events and more. One of the highlights was at the last listening event when Kim Kardashian had arrived in a bridal get-up mysteriously, after which talk of their remarriage had done the rounds. Kim had also given a shoutout to the new album. However, the Keeping Up With the Kardashians star sharing screenshots with the volume bar kept low had made netizens quip 'listening to it on mute'. She later re-shared the posts with the corrections. Donda has taken an impressive start on the music charts. It debuted on No 1 at the US Billboard 200, tying with Eminem for 10 consecutive No 1 albums.

WE RECOMMEND
SNL promo: Amid divorce from Kanye, Kim Kardashian uses West surname to introduce herself
Kanye West to open prep school 'Donda Academy' after his late mother's name
Here’s why Kim Kardashian apologised to her mother Kris Jenner on Daughter's Day
IN PICS: Kanye West buys beach side Malibu House designed by Ando for $57.3 million
When Kim Kardashian revealed she was once 'desperate' for media attention
Listen to the latest songs, only on JioSaavn.com