Nicki Minaj and Kenneth Petty are being sued by the latter's victim who accused him of attempt to rape in the 90s, a crime for which he was convicted. Read. 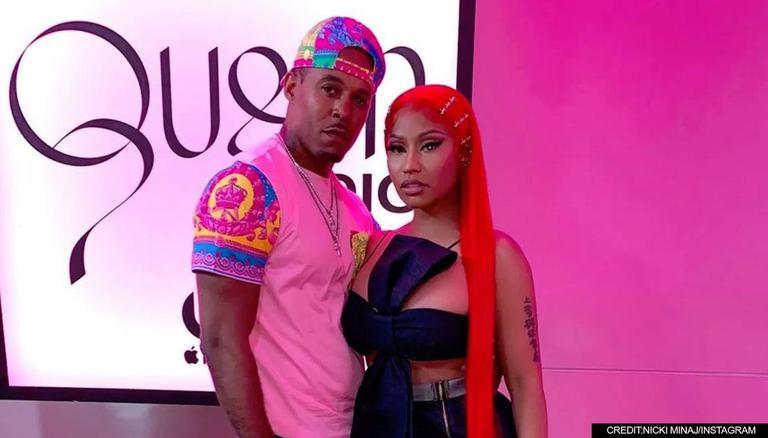 
Nicki Minaj and her husband Kenneth Petty are being sued. The lawsuit comes from the woman that Petty was convicted of attempting to rape in 1994. Now, according to reports, the woman has filed a lawsuit alleging that the couple harassed her to try to make her take back her claims.

Nicki Minaj's husband, Kenneth Petty, is a registered sex offender who was convicted of first-degree attempted rape of a 16-year-old girl in 1995 and served time in a New York state prison for the crime. According to reports, Petty served a four-and-a-half-year sentence in prison after pleading guilty to attempted rape. Petty was also arrested last year, for failing to register as a sex offender and was then entered into the California Megan's Law database.

In the recent lawsuit filed by Petty's victim, the woman alleges that rapper Nicki Minaj offered her $500,000 to recant her allegations against her husband, Kenneth Petty. Contact at first was made through an intermediary, according to reports. However, after Petty's 2020 arrest the intermediary allegedly gave Minaj the victim's number.

READ | Lil' Kim wants to get on the Verzuz stage with Nicki Minaj; find details here

The woman's lawsuit claims that Minaj then called her herself, and offered to "fly her and her family to Los Angeles if she could "help" her." It further states that the offer was declined along with another offer where Minaj alleged offered to have her publicist draft a statement recanting the allegation. The lawsuit also mentions a one-on-one conversation between Minaj and the woman.

READ | Cardi B denies claims by Jessie Woo to 'knock Nicki Minaj out', calls them 'lies'

It claims that during a phone conversation, the woman told Minaj "I need you to know woman to woman, that this happened," following which Minaj hung up. In addition, the woman also alleged that when she rejected the offers, she and her family had to suffer an "onslaught of harassing calls and unsolicited visits."

Apart from this, the woman also stated that she was unable to work since May 2020, "due to severe depression, paranoia, constant moving, harassment and threats." The lawsuit seeks unspecified damages and claims that the accuser has been living in "hiding," because she fears retaliation. Nicki Minaj and Kenneth Petty began dating in 2018, and announced a year later that they were married. The couple has an 11-month-old son.

WE RECOMMEND
Nicki Minaj reveals how break from the music industry helped her mental health
Nicki Minaj reacts to T-Pain saying that she refused to work with him in 2007
Nicki Minaj teases something new coming up on Friday as she makes comeback on social media
Nicki Minaj clarifies Jessie J about how she joined 'Bang Bang', latter responds
Nicki Minaj manages to get a hit single in 2021 without dropping new music