Olivia Rodrigo has recently shared why she credited Taylor Swift in her album 'Sour' for the song 1 Step Forward, 3 Steps Back. Check out 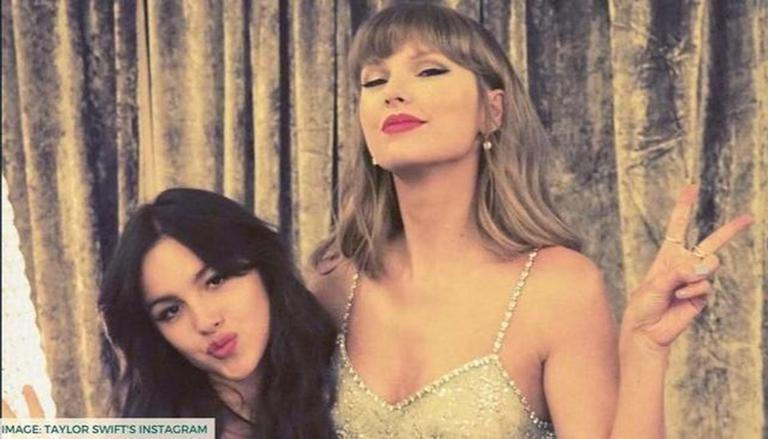 
Olivia Rodrigo has been gaining immense popularity with her new album Sour. The singer's album went on to become a big hit as it climbed up the No. 1 sport on the Billboard 200 chart and also garnered the biggest release for an album in 2021. Olivia Rodrigo has been open about her admiration for singer Taylor Swift. The singer even gave Taylor and her longtime collaborator Jack Antonoff a songwriting credit for her song titled 1 Step Forward, 3 Steps Back. In an interview with Zach Slang, Olivia Rodrigo opened up the reason behind crediting Taylor Swift for the song.

Olivia Rodrigo mentioned that they interposed Taylor Swift's song New Year's Day from her album Reputation. She mentioned that she came up with the concept of 1 Step Forward, 3 Steps Back and wrote a version and a chorus while being on a road trip. Olivia further explained that she went home and sang the song on the chords of New Year's Day. She exclaimed that she loved the chords and she was lucky enough that the song got approved and is now on the records.  Olivia mentioned that she loved the concept of 1 Step Forward, 3 Steps Back. Talking about the same, she narrated an incident when someone told her that the song is a cool way to describe this toxic, sort of manipulative relationship and she found it really interesting as she never heard someone describing the concept like that.

Moreover, the song paid homage to Taylor’s obsession with the number 13 since it has been titled, 1 Step Forward, 3 Steps Back i.e. 1 and 3= Swift’s lucky number 13. This songwriting credit has given hope to the two singers' fans about their possible collaboration in the future. Moreover, fans could also see Rodrigo being a part of Swift’s upcoming re-releasing album list, but nothing concrete about the same has been confirmed yet. Taylor Swift and Olivia Rodrigo met for the first at the BRIT Music Awards 2021. Taylor Swift became the first female singer to bag the BRIT Global Icon Award. Swift received the prestigious award at the ceremony while Olivia Rodrigo performed her hit single, Driver’s License. Swift also shared a picture with Olivia on her social media as the duo posed together.