Fans and followers of SHINee's Taemin are supporting and showering the K-pop star with love as he prepares for his mandatory military service. 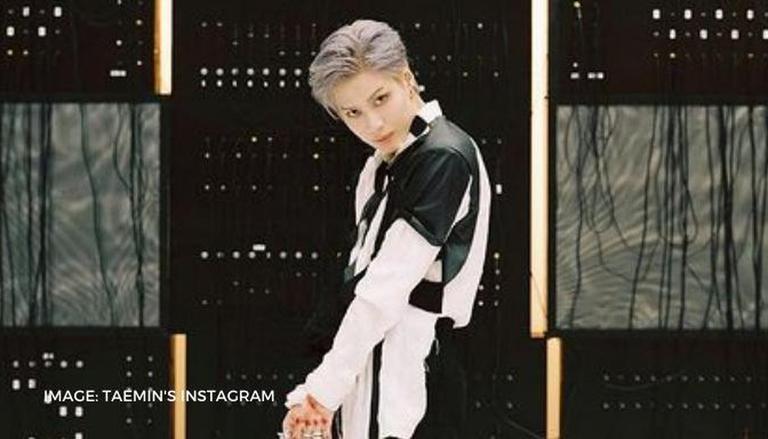 
K-pop boy band SHINee's Taemin enlisted himself in the military on Monday, May 31 for his mandatory military service. As the K-pop band member left for the Army Training Centre in South Korea to get his basic military training, fans and followers of the K-pop star started showering him with love and blessings on the Internet with the #DearMyTaemin trending on Twitter.

According to Soompi, Taemin entered Korea Army Training Center in Nonsan, South Chungcheong Province on May 31 wherein he will receive training to serve in the military band. The K-pop singer had to get a haircut before entering the academy as per the military rules. SHINee's member Key shared a picture of the group with Taemin with the caption "return safely."

Another SHINee member Minho posted a selfie of himself and Taemin while they were in the car on their way to the military academy and shared that he will always be by his side.

SHINee's Taemin is the last member of the K-pop band to enlist into the military. Last year, the other three members Onew, Minho, and Key were discharged from their mandatory military duties and they made their comeback as a group in February with the song Don’t Call Me. Before Taemin's military enlistment, the singer released his solo album titled Advice, earlier in May. Check out the video of Taemin's enlistment

READ | SHINee to celebrate their '13th Debut Anniversary' live; here's what you need to know

As soon as news broke out that Taemin's enlistment date has come, fans have been flooding Twitter with the #DearMyTaemin and have been showering him with love and asking him to serve well in the military. The fans also shared that they will be waiting for him to come back after completing his time and some also shared that they would like to be enlisted in his place. Take a look at some of the fan comments.

READ | SHINee's Taemin drops music video for 'Advice'; fans say, 'nobody can do it like Taemin'

Taemin please take care of yourself during your time in the military. We will miss you and we will be patiently waiting for your safe comeback! ❤️#DearMyTAEMIN

Dear Taemin, my beloved son~
It feels like you were just born yesterday. I can't believe it's your time to enlist later ;A;
Take care and stay safe son!
I'll be here waiting for you.
And let's start a new chapter when you discharge!#DearMyTAEMIN #Taemin #SHINee

NOPE NOPE NOPEEEEE MOT ON MY EATCH ILL GO INSTEAD I VOLUNTEER AS TRIBUTE I REFUSEEEEEE NOOOOOOOO pic.twitter.com/Pvn39RgjNc

taemin, you know, i’m not worried at all about your enlistment because i know you will do amazingly well. so please go safely with peaceful mind, take this chance to get proper rest and gain a lot of friends and experiences. we will wait 🤍#DearMyTaemin pic.twitter.com/kGB9OM2GnW

thank you for everything you did so far!! come back safely and keep healthy my love. we'll patiently wait for your return and when you do, we'll welcome you back with lots of love 🤍 #내존재의이유는_오직태민이라서#DearMyTAEMIN pic.twitter.com/3B4SaCzIkJ

thank you for being endlessly inspiring. i fell in love with your dance from a really young age, and your presence on stage always captivated me. i was able to draw cool things because of you～ ٩(ˊᗜˋ*)و stay safe, we'll wait for you!#내존재의이유는_오직태민이라서#DearMyTAEMIN pic.twitter.com/1oCAKPFH6U

A look at Taemin's songs

Taemin has been one of the most popular faces of the K-pop industry. The singer who is a part of SHINee, as well as SuperM, has bowled over the audience with his hit songs like Move, Want, and Criminal. On May 18, the singer dropped his third solo album Advice. The album was released on all major streaming platforms and broke several records at the time of its release. Watch Taemin's latest song from his album right below.