South Korean Actor Yoon Kye Sang All Set To Tie The Knot With His Girlfriend; Read

K-pop idol-turned-actor, Yoon Kye Sang is all set to tie the knot with his girlfriend. On Wed, August 11, JUST Entertainment informed about this in a statement. 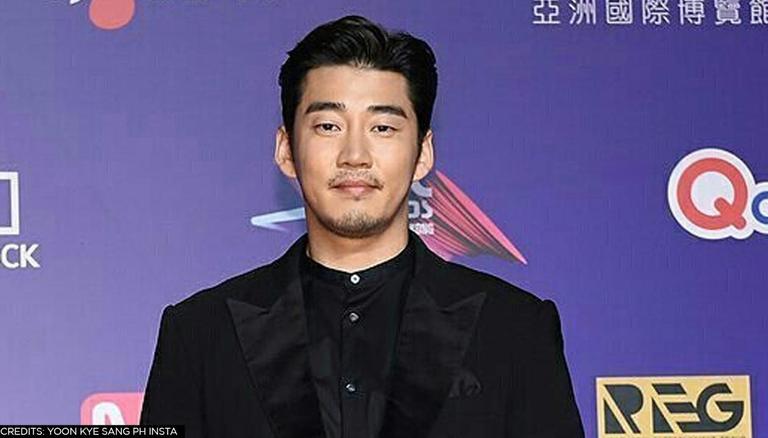 
K-pop idol-turned-actor, Yoon Kye Sang is all set to tie the knot with his special one! On Wednesday, August 11, Yoon Kye Sang's agency JUST Entertainment released a statement to South Korean news firm, Sports Dongah. They also shared the details about the Korean actor's engagement and his upcoming wedding ceremony. According to Soompi, Yoon Kye Sang will be tying the knot to his five-years younger girlfriend, who is a beauty brand CEO.

Yoon Kye Sang’s agency JUST Entertainment has revealed the actor's plans for marriage. The actor also shared that he has met a "really precious person" and that they have come "make a good connection." Speaking about his fiancée, Yoon Kye Sang stated, "She’s a person who makes her surroundings warm with good products."

The official statement reads, "Hello. This is JUST Entertainment. We’re delivering happy news with gratitude to everyone who has sent actor Yoon Kye Sang a lot of attention and love." "Actor Yoon Kye Sang will be getting married to the person he loves. He was first introduced to the bride-to-be, who is a businesswoman five years younger than him, by an acquaintance, and they started dating at the end of last year with marriage in mind. They recently received permission from both families and have decided to tie the knot, but they plan on registering their marriage first because it’s difficult to carry out a wedding ceremony soon due to COVID-19."

"Furthermore, it’s actor Yoon Kye Sang’s respectful request to avoid making the everyday life of the non-celebrity bride-to-be chaotic from the disclosure of personal information, the invasion of privacy due to excessive interest, and more. We’d be grateful for your kind understanding." "Currently, actor Yoon Kye Sang is busily spending his days filming for “Crime Puzzle,” an upcoming drama slated to air in the second half of the year. Yoon Kye Sang will continue to make a good impression as an actor in the future, so please support him a lot, and please send your blessings to actor Yoon Kye Sang, who has welcomed a beautiful change in his life. Thank you."

Earlier, in the month of June this year, the actor's agency had confirmed that he was in a relationship. Sang had also noted his relationship on his fan café. He shared that he is meeting his girlfriend with good feelings. According to Soompi, Sang will be preparing for his forthcoming wedding ceremony after he wrapping up the shoot of his current project.

Meanwhile, Sang debuted as a member of the group G.O.D in the year 1999. The K-pop groups have released popular songs such as Love and Remember, and Lies. The K-pop idol then moved to films and appeared in Beastie Boys, The Outlaws, Mal. Mo. E – The Secret Mission. Several popular k-drama featuring Sang are My 19-Year-Old Sister-in-Law, The Greatest Love, Chocolate. He will next be seen in thriller drama, Crime Puzzle.