Stray Kids' member Felix took to the Instagram story to tease the possibility of collaboration with Russian DJ Zedd and band Imagine Dragons. Check it out. 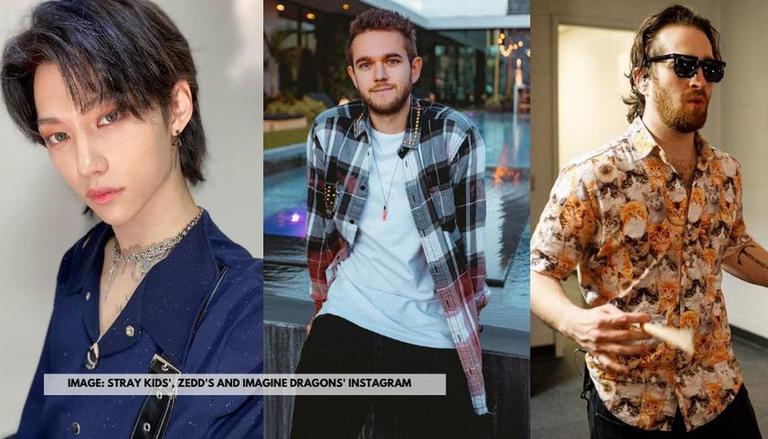 
K-pop band Stray Kids went on to perform their iconic songs God’s Menu and BLACKPINK’s DDU-DU DDU-DU on the Korean show Kingdom: Legendary War. This started a conversation between the band and Deadpool actor Ryan Reynolds. While the fans were just processing the exchange of words, the band went on to mention DJ Zedd and the band Imagine Dragons.

Recently, the band took to their official Instagram account to share a screenshot of the tweet on the story that was liked by DJ Zedd. The tweet mentioned band member Felix's dream of working with DJ Zedd. Talking about the tweet, Felix wrote, "Omg Zedd. Thank you so much for noticing. I love what you do and it's always lit. #Collabsoon?". Check out the reaction of the record producer.

The Instagram story created a spark on the internet. A few hours later, the Russian DJ reposted the story and wrote "Let's go @Realstraykids". Have a look at their conversation. 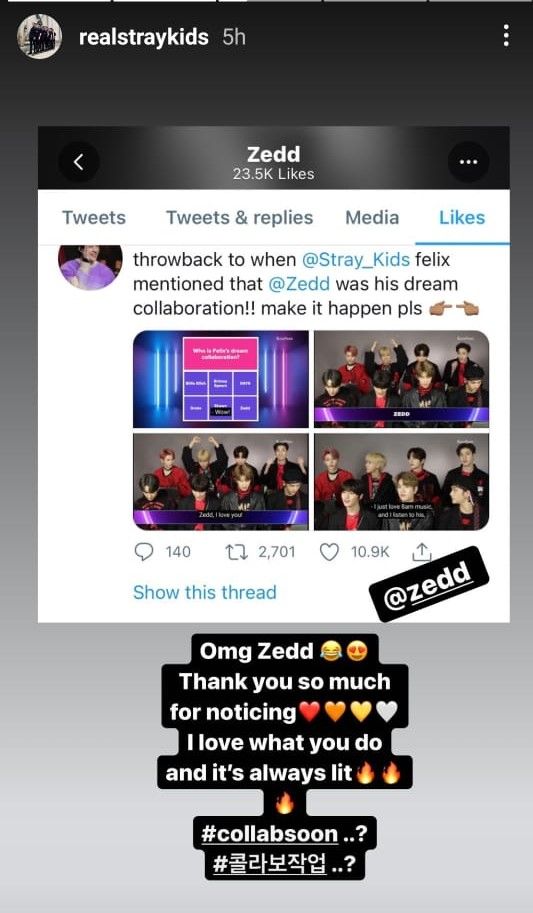 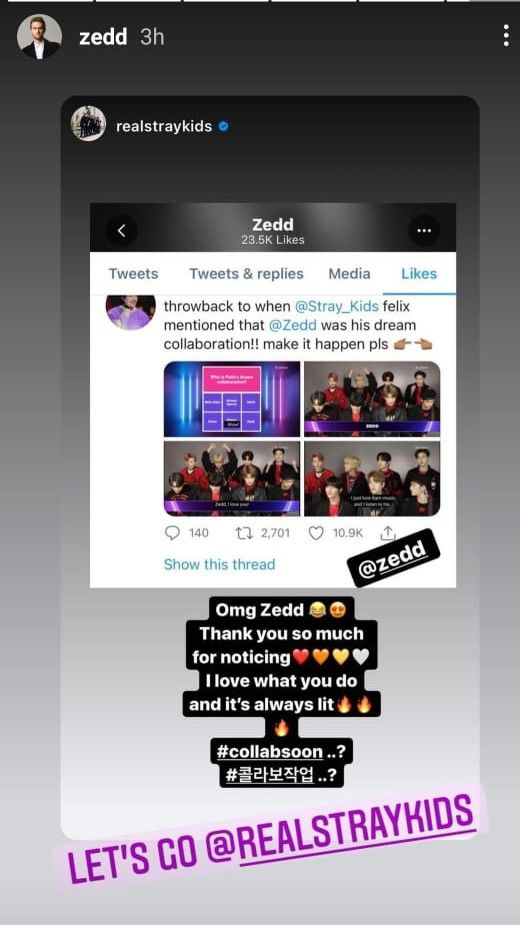 The netizens did not take much time to notice that the band and Zedd started following each other on Instagram. Other than this, they went on to react to the news of the collaboration. This conversation is proof that in future the STAYS will witness the collaboration of both parties. Have a look at some of the fan reactions.

at first i was like "mmm zedd x stray kids collab" as a joke but bro..... i don't think it's a joke anymore pic.twitter.com/wMWTmskPsq

The STAYS did not stop here, they went on to tweet about how Felix is a huge fan of the band Imagine Dragons. The tweet was liked by the drummer of the band Daniel Platzman. Felix took to the Instagram story to share the tweet and wrote, "I'm so happy that I got recognised by someone who I've been rooting for so many years since I was young [crying and heart emoticon]" He further wrote, "Always look forward to your music. Wish you the best #lovedragons". Although there was no reaction from Imagine Dragons to the story, fans are happy to know that Felix was recognised by one of the band members. Check out the story and fan reaction.

READ | Ryan Reynolds & Bang Chang fanboy over each other, Hugh Jackman gets dragged into it 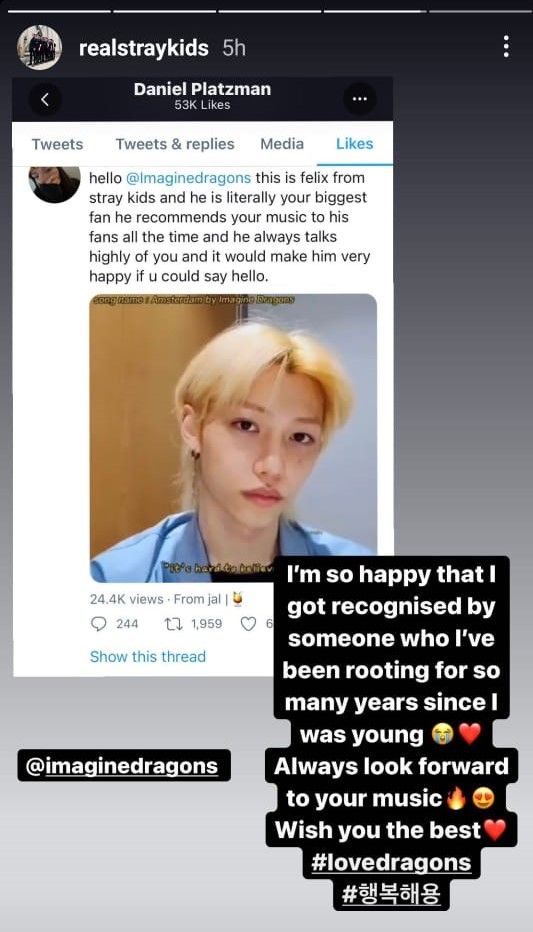 and what if imagine dragon x straykids imagine how POWERFUL that would be pic.twitter.com/jSKh8Z2zTA

Ok what's happening 😂this is crazy stays we're on another level, felix got noticed by imagine dragons drummer wooooah i hope this makes him happy and forget a bit of the hard times he's going through 🌸 @Stray_Kids #스트레이키즈 pic.twitter.com/euMiY9kgC1