Taylor Swift recently made an announcement about releasing the re-recorded album Red (Taylor's version). Netizens took to Twitter to express their excitement. 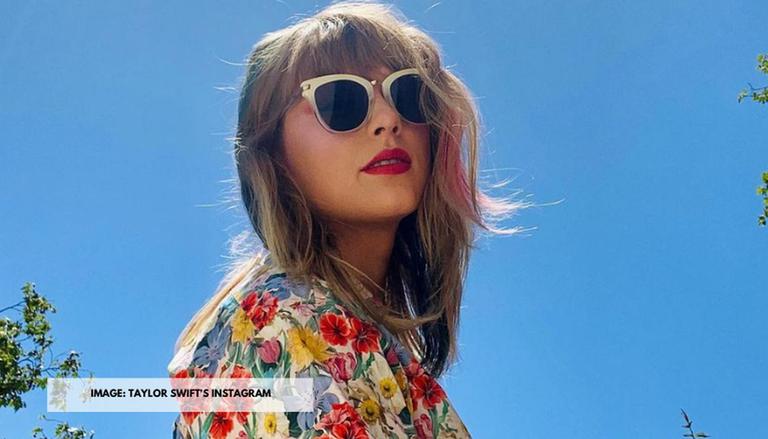 
Singer Taylor Swift and record executive Scooter Braun had a fallout after the latter sold the singer's rights to her first six albums. After which, the singer went on to recreate the album in her own way. Earlier this year, she released, Fearless (Taylor's version) where she re-recorded the songs that were released years ago and also added few new songs. Now, the Love Story singer surprised her fans with yet another announcement. Taking to her Instagram account, the singer shared a picture along with a note about releasing Red (Taylor's version).

Taylor wrote about the album Red that was released in the year 2012 and how it represents heartbroken people. She also talked about Red (Taylor's version) songs and how it will have over 30 songs in it. She wrote, "I’ve always said that the world is a different place for the heartbroken. It moves on a different axis, at a different speed. Time skips backwards and forwards fleetingly. The heartbroken might go through thousands of micro-emotions a day trying to figure out how to get through it without picking up the phone to hear that old familiar voice. In the land of heartbreak, moments of strength, independence, and devil-may-care rebellion are intricately woven together with grief, paralyzing vulnerability and hopelessness. Imagining your future might always take you on a detour back to the past. And this is all to say, that the next album I’ll be releasing is my version of Red."

She continued, "Musically and lyrically, Red resembled a heartbroken person. It was all over the place, a fractured mosaic of feelings that somehow all fit together in the end. Happy, free, confused, lonely, devastated, euphoric, wild, and tortured by memories past. Like trying on pieces of a new life, I went into the studio and experimented with different sounds and collaborators. And I’m not sure if it was pouring my thoughts into this album, hearing thousands of your voices sing the lyrics back to me in passionate solidarity, or if it was simply time, but something was healed along the way. Sometimes you need to talk it over (over and over and over) for it to ever really be... over. Like your friend who calls you in the middle of the night going on and on about their ex, I just couldn’t stop writing. This will be the first time you hear all 30 songs that were meant to go on Red. And hey, one of them is even ten minutes long." Along with the caption, she also revealed Red (Taylor's version) release date which will be out on November 19, 2021. Check out the post.

As soon as the singer made the announcement, the Swifties couldn't control their excitement. Throughout her career, her fans have been supportive of her music and the meaning behind it. They took to Twitter to express how they are waiting for her to drop the album and how they are excited. Other fans talked about how the singer announced the album on Scooter's birthday. Have a look at some of the fan reaction.

stan twitter after taylor swift announced red tv even though she was supposed to announce 1989 tv pic.twitter.com/WHKveXrCyf

when Taylor Swift announced that there’s gonna be 30 songs on the new Red album: pic.twitter.com/hzpkXL1vrM

11 RED VAULT SONGS. TAYLOR SWIFT IS PRAYING ON ALL OF OUR DOWNFALLS I FEAR pic.twitter.com/GknIeVx14K

READ | Taylor Swift joins Christian Bale and Margot Robbie in David O Russell's untitled film?
READ | Did you know Taylor Swift penned a novel when she was a teenager?

WE RECOMMEND
When an 18-year-old Taylor Swift predicted her future accutrately; Read
Did you know Taylor Swift penned a novel when she was a teenager?
Singer-songwriter Taylor Swift to be honoured with NMPA's 'Songwriter Icon Award'
Olivia Rodrigo opens up on why she credited Taylor Swift for a song from her album 'Sour'
Joe Jonas thinks Taylor Swift re-recording her albums is "really clever"