Louis Tomlinson in an interview talked addressed the famous 'Larry rumours'. In the interview, Louis also revealed how it changes his equation with Harry. 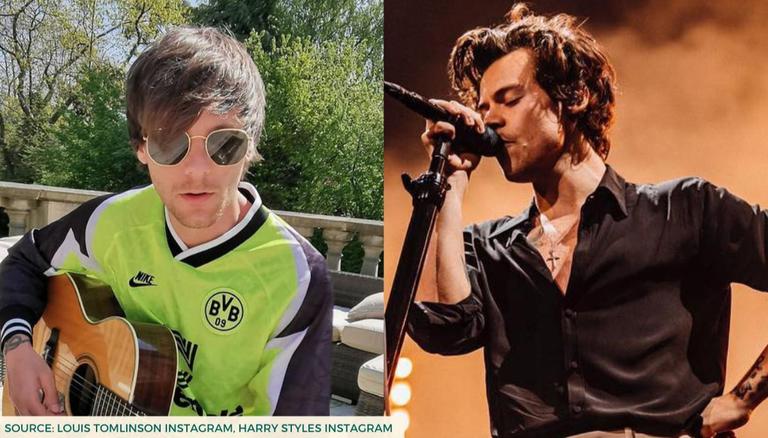 
Louis Tomlinson and Harry Styles first met on X-Factor and soon became a part of One Direction. But the moment this friendship began it was riddled with "Larry Stylinson" rumours. In an interview in 2017, Louis Tomlinson finally addressed these rumours and spilled the truth about his relationship with his fellow bandmate Harry Styles. Here’s what Louis Tomlinson felt about the Larry rumours.

Louis Tomlinson finally reveals what he thinks about #Larry

Its been more than a decade since British Irish band One Direction was formed on the singing reality show, X-Factor. Since then, many One Direction fans a.k.a. Directioners have believed that Harry Styles and Louis Tomlinson have been dating. These fans even combined their names and came up with the ship name, Larry Stylinson.

These fan theory followers are known as Larry shippers and they have not stopped analyzing Harry and Louis' friendship. Over the years, fans have dedicated several fan fiction and fan theories about this rumoured relationship. In an interview with The Sun back in 2017, Louis Tomlinson commented for the first time on the Larry fan theory and shared his take on his friendship with bandmate Harry Styles. In the interview, Louis said that when the Larry fan theory surfaced for the first time, he was dating his now-girlfriend Eleanor Calder.

Louis Tomlinson explained that these rumours felt quite disrespectful to Eleanor and he is protective about people he is close to. Hence, he was not happy about them. In the interview, Louis revealed how these rumours also affected his friendship with Harry Styles. He said that it created an atmosphere where the two were being observed under a microscope and their every move was taken as a sign of the same. It took away the “vibe” they previously felt with each other. Louis added that the rumours made them “unapproachable” about anything.

One Direction announced their hiatus in August of 2015 and since then the band is yet to mark their comeback. Moreover, all the members have embarked on their solo careers. Talking about the members’ personal lives, Harry Styles is rumoured to be dating actor and director Olivia Wilde. While Louis Tomlison is dating Eleanor Calder.