Who Was Ariana Fletcher's Brother? What Happened To Him? All You Need To Know 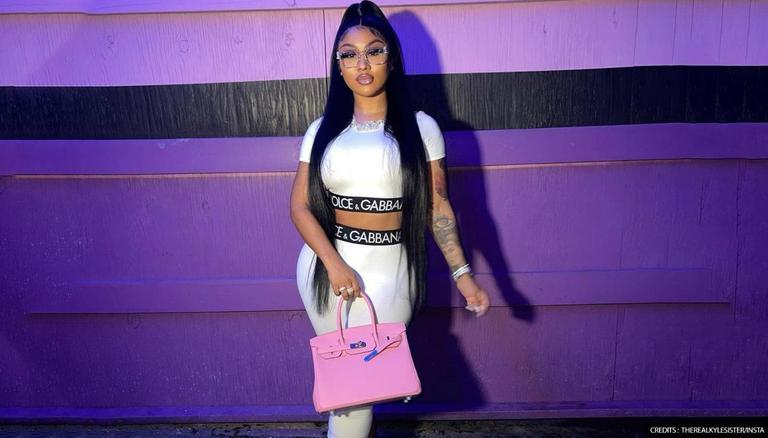 
Ariana Fletcher is a well-known model and influencer, who has been minting money through her Instagram where she enjoys more than 5 million followers. Fans are always curious to know the whereabouts of her personal life and her relationship with her deceased brother Kyle 'KJ' Jamison surely raises concerns. Ari is often seen paying tribute to him on Instagram, and she recently uploaded a heartwarming video of his childhood moments, marking 8 years of his demise.

On Monday, August 30, the influencer took to Instagram as she recalled her childhood years with Kyle. Captioning the video "Today makes 8 years without you", she further added her brother is her building light, and how she would do anything to spend 10 more seconds with him if she got a chance, saying that he is forever in her heart. Concluding the post, she added that she wishes to see Kyle in her dreams. "FOREVER Kyle", she wrote.

The model's love for he brother can also be seen through her Instagram username,  @therealkylesister which is a tribute to her brother's legacy.

Ari’s brother was called Kyle “KJ” Jamison, and this year would mark his 33rd birthday. Her brother reportedly died due to an illness, however not much is known since the model delved into details. Kyle passed away in 2013 when Ari was just 18 years of age, according to Hitc. Ari also got a tattoo dedicated to her brother on her left arm, a testament to the deep bond they shared.

READ | 'Sorry, no big girls for this party': Influencer refused entry to party for her body size

Kyle also has a page dedicated to him for his qualities that goes by the name Kyle John Jamison Education Foundation. He was a resident of Richton Park in Chicago, Illinois and reportedly had a widespread influence over his community.

More about the model's life

On another note, Ariana Fletcher has come a long way, becoming a  multi-million dollar entrepreneur by making social media a lucrative business venture. Being a black influencer, she has also helped change the world of social media by aiding popular users in generating millions in revenue. The influencer has also ventured into YouTube in 2017, where she posts frequent vlogs and has a massive following.

Ari's entrepreneurial journey started back in 2016 with the launch of her own hair company, KYCHE Extensions, which was a big hit among customers. The model enjoys a happy balance between being a mother and a businesswoman.